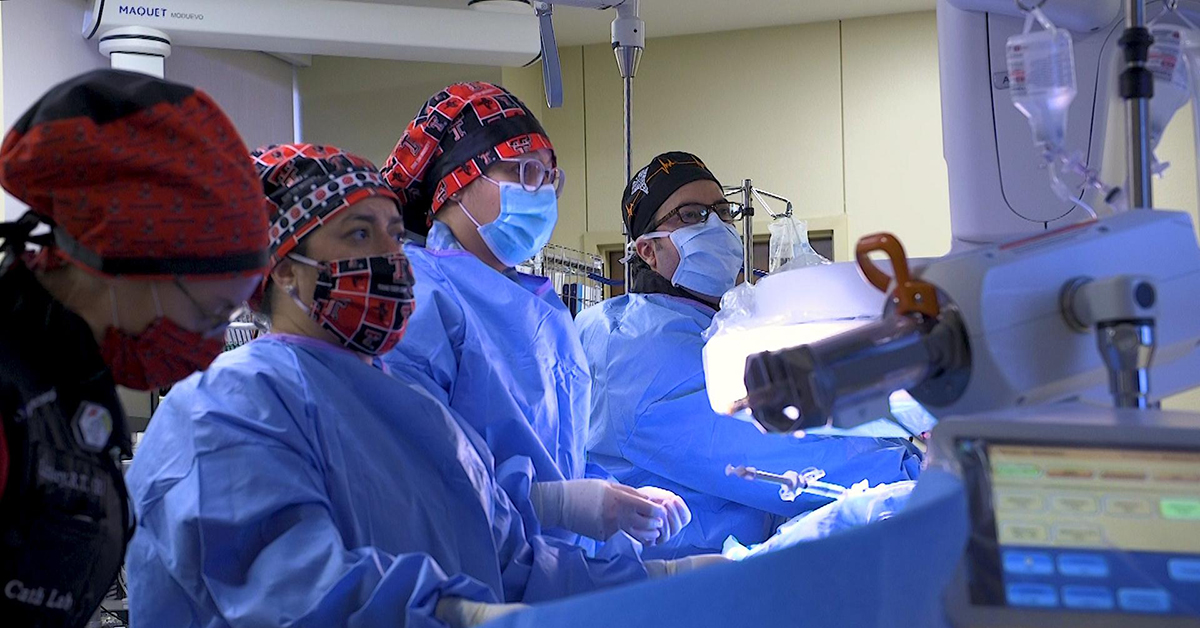 Because of the pain caused by peripheral artery disease (PAD), Will D. had for years been unable to work in his yard or enjoy a walk with his wife.

“I couldn’t probably walk a third or a quarter of a mile before I had to stop and rest,” he said.

That changed in July when Will D. underwent a new procedure called DETOURTM. His treatment was administered by Mohammad “Mac” Ansari, M.D., director of structural and interventional cardiology research with the Texas Tech Physicians (TTP) Center for Cardiovascular Health.

PAD is a potentially life-threatening condition caused by the buildup of plaque that narrows and restricts blood flow to the body’s peripheral arteries. The condition affects more than 200 million people across the globe, causing pain, impairing mobility and, in advanced cases, leading to amputation.

Though peripheral arteries are located in the legs, stomach, arms and head, Ansari said when physicians speak about PAD they are generally talking about plaque buildup and thickening that can occur within the superficial femoral artery (SFA) and popliteal arteries that circulate blood to the legs. The condition most often affects patients who have diabetes, hypertension, high cholesterol and a history of smoking. PAD makes it difficult for circulation to reach muscles of the lower extremity, which gives the patient several symptoms, including pain. 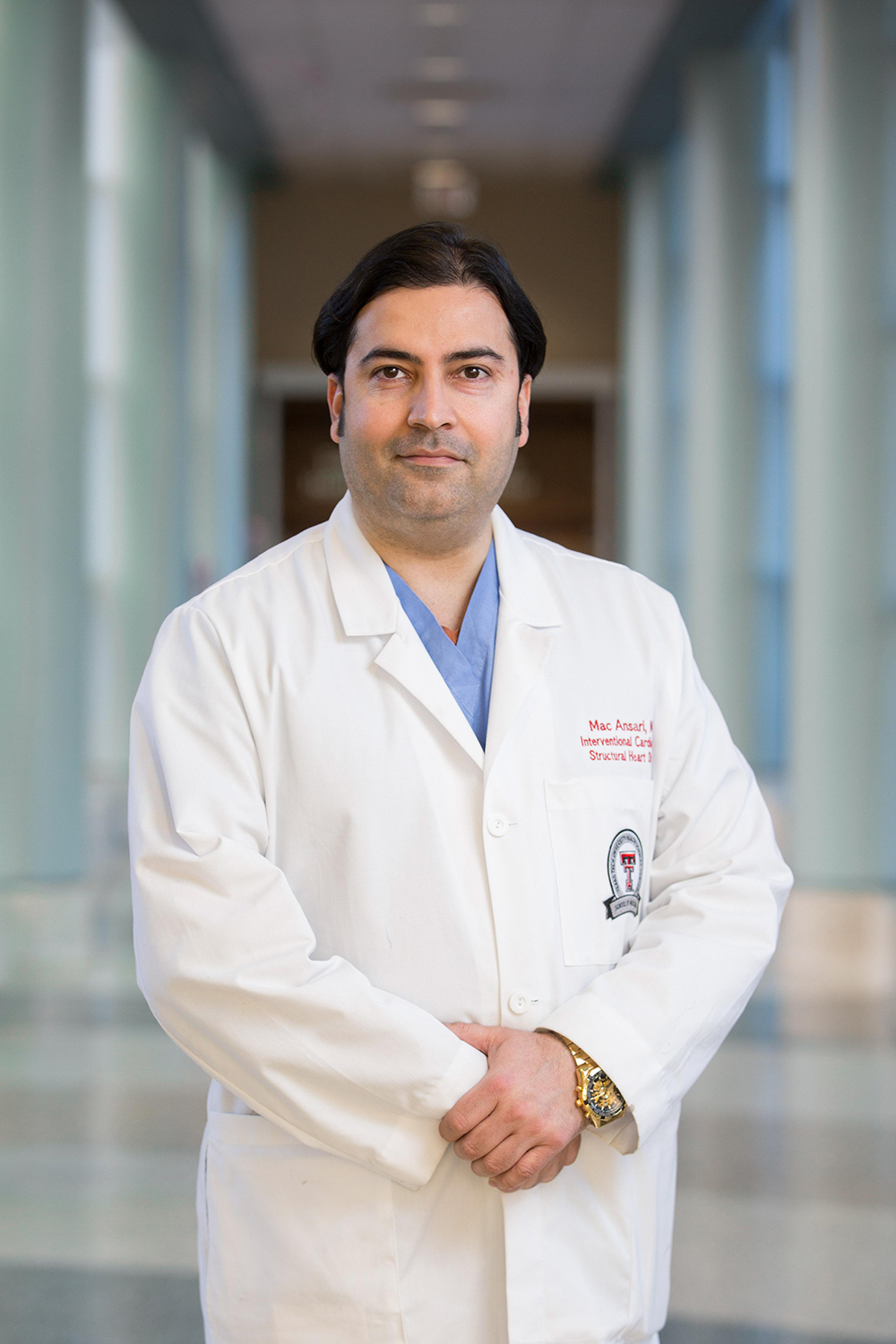 “Initially this disease was not thought to be that severe,” Ansari explained. “Now the new research shows it’s not only severe and debilitating, it's also deadly. In the long run, the disease turns into what we call CLI, or critical limb ischemia.”

CLI can be a dire condition because it causes ulcers to develop on the legs. In addition to causing pain, the ulcers often become infected and can lead to amputation. Ansari said many patients die within the first two years after the amputation.

While treatments like angioplasty and stenting are effective for coronary artery disease, they are not as successful in addressing the longer blockages produced by PAD. For that reason, doctors have historically used open bypass surgery to treat the long blockages associated with PAD. Though considered to be a more reliable and durable technique for PAD than angioplasty or stenting, Ansari said many patients are hesitant to undergo open bypass surgery because it requires opening the leg and replacing the blocked portion of the artery with an arterial graft.

As an alternative to open bypass surgery, Ansari  and  TTP  have  started  offering  the DETOURTM procedure, a newly developed method for treating PAD.  DETOURTM  is  a minimally invasive percutaneous (i.e., through the skin) femoropopliteal bypass procedure that utilizes small perforations in the skin to bypass long-segment blockages  in  the  superficial femoral artery.

During the procedure, Ansari makes one small perforation near the top of the leg opposite from the leg requiring treatment, and a second in the patient’s calf. He then guides the DETOUR System through the perforations to the area where the artery is blocked and establishes connections between the artery and vein. One connection is made above the blockage and one below the blockage. 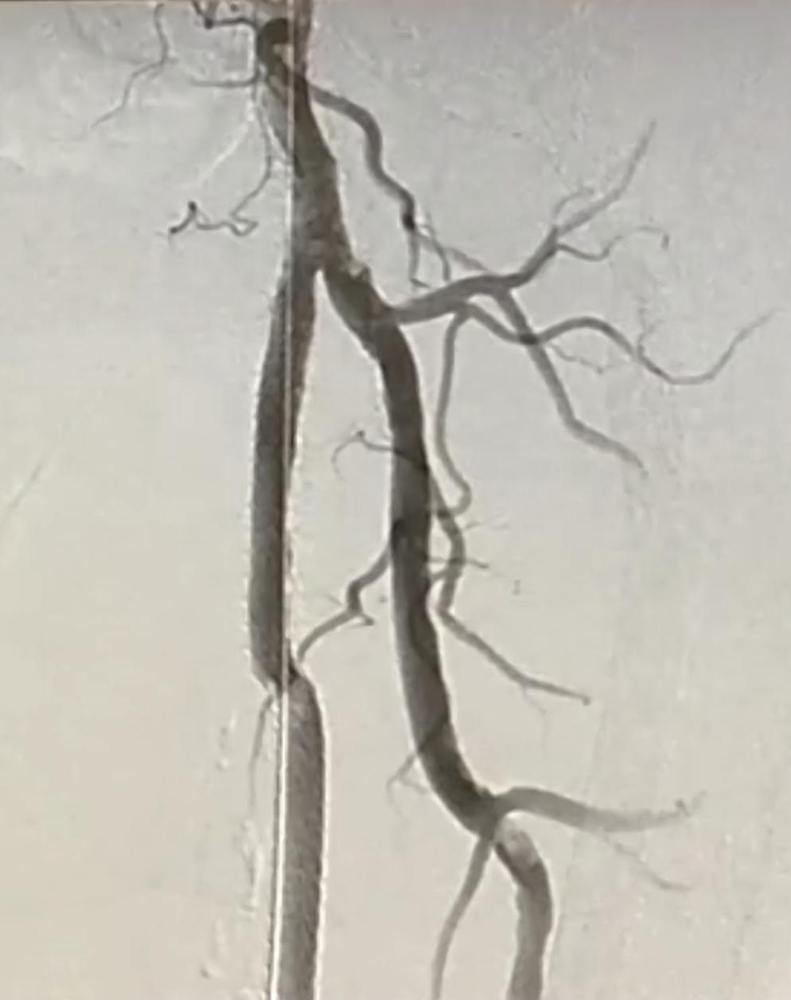 Recovery time is minimal with the DETOURTM procedure and Will D. said pain was not an issue. Eight days after undergoing treatment he was mowing his lawn.

“Right now I probably just walk and do whatever I want to,” Will D. added. “I’ve been out in the yard working and it’s really not bothering me; there’s no soreness, no hurting in my leg.”

The DETOURTM procedure is being used more frequently in other parts of U.S. and in Europe. Unlike other novel medical procedures that often are available in larger cities like Dallas, Houston or San Antonio, Ansari said he has not heard of anyone else performing the treatment in Texas. He credits university leadership for having the vision and ambition to provide all the latest research, technology, treatment and therapy models to its communities.