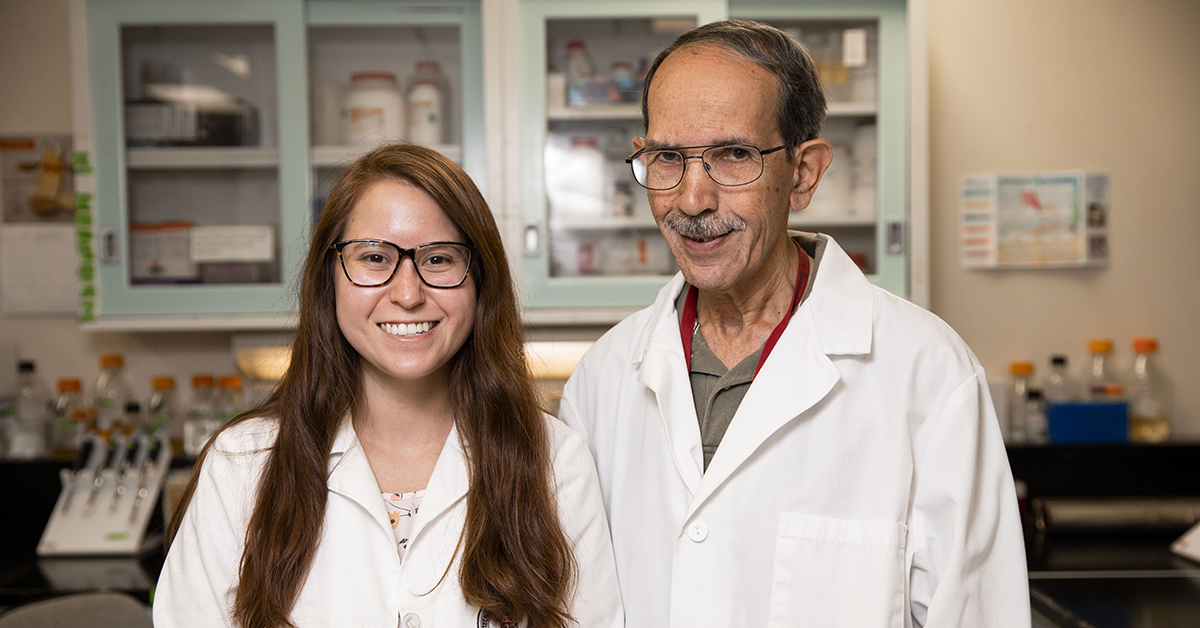 Taylor Lenzmeier, TTUHSC graduate student and Abdul Hamood, Ph.D., a professor for the Department of Immunology and Molecular Microbiology at the TTUHSC School of Medicine.

In modern burn units, more than 50% of deaths are attributed to septic shock and organ dysfunction. Pseudomonas aeruginosa, an opportunistic pathogen, is among the different pathogens that cause sepsis in burn patients. This gram-negative, antibiotic-resistant bacterium produces several destructive factors that make it critical to identify alternative treatments.

To help reduce the risk of Pseudomonas aeruginosa infection and its associated complications, Abdul Hamood, Ph.D., a professor for the Department of Immunology and Molecular Microbiology at the Texas Tech University Health Sciences Center (TTUHSC) School of Medicine, and a team of collaborators investigated the feasibility of developing a topical treatment unrelated to conventional antibiotics that can be used to battle Pseudomonas aeruginosa.

Their study, “Application of Lactobacillus gasseri 63 AM supernatant to Pseudomonas aeruginosa-infected wounds prevents sepsis in murine models of thermal injury and dorsal excision,” is published in the August issue of the Journal of Medical Microbiology.

“It's almost this idea of using probiotics as an alternative to antibiotics,” Lenzmeier explained. “What makes it really, really special is the bacteria that is creating this alternative is a very safe bacteria already found in the gut, the mouth and all over the human body. We're using the safe bacteria to get rid of the pathogenic bacteria.” 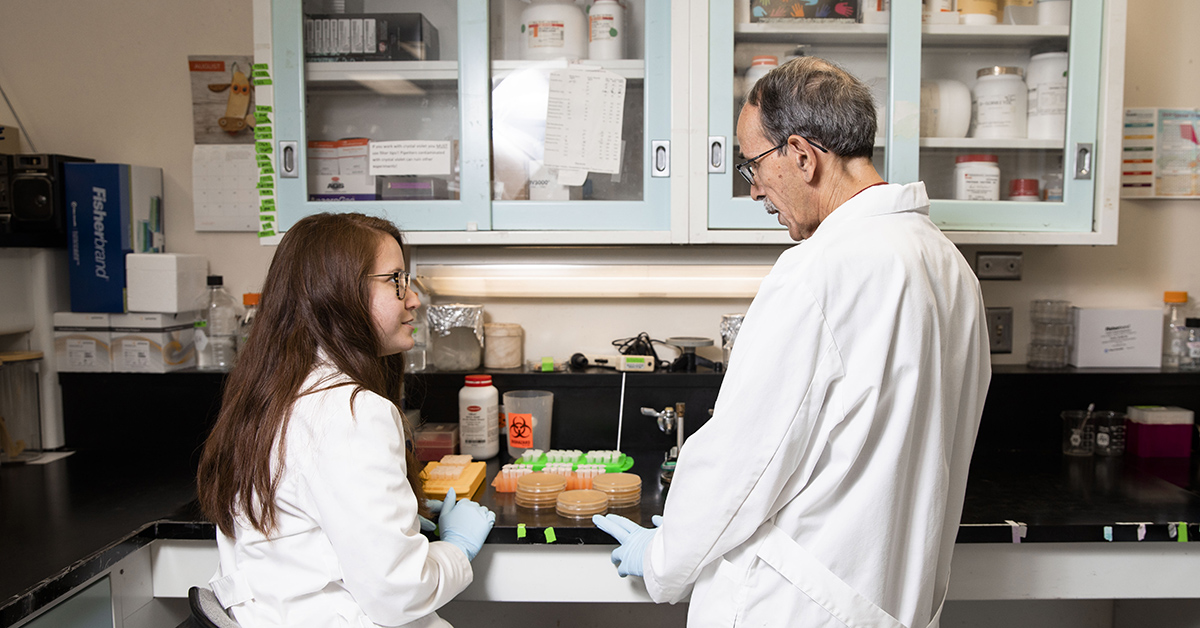 To accomplish this, the Hamood team examined the effectiveness of using a highly concentrated supernatant, or secreted liquid by-product, obtained from Lactobacillus gasseri strain 63 AM (LgCS). This supernatant is separated from the LgCS, concentrated and applied to the wound. Lenzmeier said other similar research exists, but in those studies the bacteria is added to the wound prior to secretion.

“It seems kind of counterintuitive to use one bacteria to get rid of another bacterial infection, so we completely eliminate that process,” Lenzmeier said. “We take this LgCS bacteria, let it secrete, and then add those secretions instead of adding the bacteria and letting it secrete within the wound.”

The process also prevents the bacteria from entering the bloodstream where it may or may not be safe for the patient, she added.

In addition, and using another model of wound infection that does not involve thermal injury, the investigators discovered that treating an infected wound using either LgCS or ceftazidime significantly reduced the mortality rate in mice, and treating the infected wound using a combination of LgCS and ceftazidime eliminated mortality in mice. Ceftazidime is an antibiotic used to treat meningitis and several other infections.

Armed with these results, Hamood said the next step is to characterize the inhibitory factor that seems to produce such promising results. For this study, his team harvested everything the LgCS secreted and concentrated it by 20 times. Now they must uncover the nature of the inhibiting factor and learn for certain if it’s a protein or an enzyme.

“Right now, it's just a crude product, and we proved that this crude product is very special,” Hamood said. “There's a phenomenon occurring, but now we need to discuss and describe what's causing it, and even further, describe the mechanism of action to that wound. That’s where I'm going next.”