TTUHSC Researchers Use NHANES to Search for Hypothyroid-Sleep Apnea Link 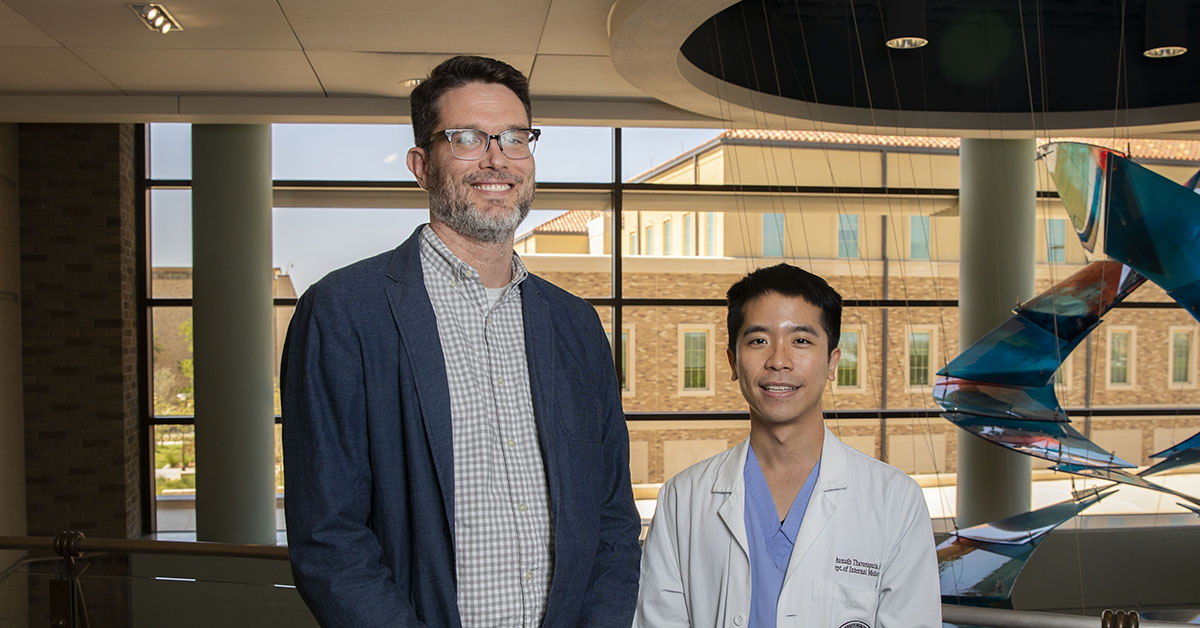 Several past studies have sought to determine if a link exists between thyroid disorders like hypothyroidism, a decrease in thyroid hormone levels, and sleep apnea, a potentially dangerous condition in which a sleeping person’s breathing repeatedly stops and starts. However, results from those studies were generally based upon clinical observations that were limited by small population samples and produced often conflicting results.

The NHANES is a biennial survey conducted by the Centers of Disease Control to generally evaluate the health of children and adults in the U.S. In addition to providing a significantly larger sample size, the NHANES provides a cross-sectional sample of the non-institutionalized U.S. adult population. It includes a detailed demographic and behavioral questionnaire, a physical examination, laboratory testing and a list of all prescription medications used by the respondent.

Dennis and Thavaraputta used the 2007-2008 NHANES because it is the only one that tested respondents for thyroid stimulating hormone (TSH) levels and included a detailed sleep questionnaire that specifically asked respondents to list any sleep disorder for which they had been diagnosed.

“We had to use those two years to get the exact data points that we wanted,” Dennis said. “I always use the most current data when we can, but we were somewhat constrained here, and this is the one NHANES where we could see both TSH levels and sleep disorder information in the same place. We don't have any reason to think that would have changed drastically between the 2007-2008 NHANES and now, so I think what we found should be reasonably consistent over time.”

Thavaraputta, the study’s lead author, said responses from 5,515 of the 10,000 respondents who participated in the 2007-2008 NHANES were ultimately included in the TTUHSC research. After analyzing those results, he and Dennis estimate that the prevalence for hypothyroidism among U.S. adults is 9.47%, which represents approximately 19.6 million people.

“We hope that our findings will raise awareness and concern among physicians regarding this association,” Thavaraputta said. “In the future, if this relationship is established, assessing the sleep qualities/problems in hypothyroid patients might be beneficial to improve the patients’ standard of care, quality of life and treatment outcomes.”

Dennis said the study employed the NHANES to help bridge the public/population health perspective with known clinical insights to more definitively determine if the link between thyroid disorders and sleep apnea is relevant at a clinical level.

In addition, Dennis said the abundant NHANES data provides researchers with opportunities to formulate estimates about population subgroups. In this case, the 2007-2008 NHANES data allowed the TTUHSC team to estimate that up to 2.4% of the U.S. adult population may have undiagnosed hypothyroidism, and that nearly 20% of those diagnosed with hypothyroidism have TSH levels above the normal range.

Working with clinicians like Thavaraputta to build these types of collaborative bridges is a major reason Dennis came to TTUHSC more than four years ago.

“The clinician may have ideas about the patterns they see, but they don't really have time to step back and investigate whether or not this is happening on a national level or with specific groups,” he said. “I think that's the huge value of a health sciences center like TTUHSC. It puts people in those different realms together so we can collaborate and hopefully create something that neither of us necessarily would have come up with on our own. I think, ideally, that’s the value of what we ended up putting together.”

Dennis said the interplay between the clinical and the population health perspectives also was important to the investigation because the research team was unable to clinically diagnose or otherwise verify the sleep disorder information reported by the 5,500-plus individuals whose NHANES responses were used in the study. In the end, he believes that interplay allowed the TTUHSC team to suggest an association does exist between thyroid disorders and sleep apnea, though they still can’t explain why the link occurs.

“We are not suggesting a causal link, but we hope the observed association from our research adds one more piece to the puzzle and sparks further investigation,” Dennis said. “I think what we’ve added could provide value to future clinical and population studies that will continue looking at this potential link.”