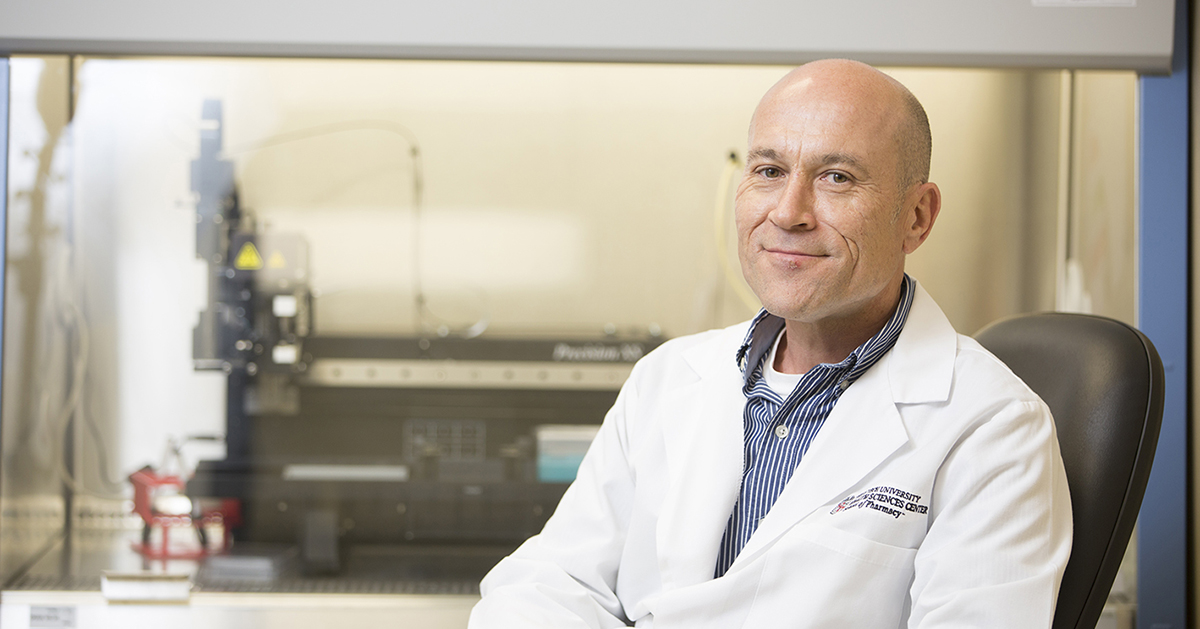 As a child growing up in Poland, Maciej Markiewski, M.D., Ph.D., saw himself one day becoming a doctor — he used to inject all of his stuffed animals with water using syringes and needles provided by a family friend who worked as nurse.

Markiewski, a professor for the TTUHSC-Jerry H. Hodge School of Pharmacy’s Department of Immunotherapeutics and Biotechnology, grew up in the southeast part of Poland in a town named Rzeszow.

“It’s an extremely difficult name to pronounce to non-native Polish speakers,” Markiewski says. “It sounds kind of like a whistle or noise made by the wind in bushes.”

After high school, Markiewski left Rzeszow to study medicine in Szczecin, which is located a few kilometers from the Polish-German border and a stone’s throw from the Baltic Sea. One evening during his third year of medical school, a group of professors who were working in the school’s department of pathology unknowingly inspired Markiewski when they allowed him to participate in an electron microscopy session.

“I remember sitting in a dark laboratory staring at some green, sort of fluorescent images of cells and literally traveling — like using Google maps — from the cell cytoplasm to the cell center-nucleus,” Markiewski recalls. “I think this was the moment when I felt like doing science is kind of a cool thing that I want to do in the future.”

Once he graduated, Markiewski became an instructor in the department of pathology. It was during those years that he met Magdalena Karbowniczek, his future wife and research collaborator.

“Magdalena joined the same department also as a faculty member,” Markiewski says. “We got to know each other and finally got married in 1997. We shared same passion for medicine, pathology and patients. However, somewhere in a back of my head I always had dreams about doing real science and making discoveries.”

In 2001, an opportunity arose for Markiewski to move to the University of Pennsylvania to complete his postdoctoral training. He quickly accepted, leaving behind a successful medical practice for a flight to Philadelphia. Karbowniczek left her job in Poland to travel with him. By 2009, she had landed a faculty position at the prestigious Fox Chase Cancer Center in Philadelphia. However, Markiewski says he had a more difficult time finding employment as a scientist.

“The jobs for scientists require significant investments from employers, as we typically need a few hundred thousand dollars to start a research program,” Markiewski explains. “So we decided to do national search and learned that there were several faculty positions available on the TTUHSC campus in Abilene where the School of Pharmacy was seeking to create a new research center. In addition, we fell in love with the people in Abilene, which perhaps was a strong factor in motivating us to accept jobs here.” 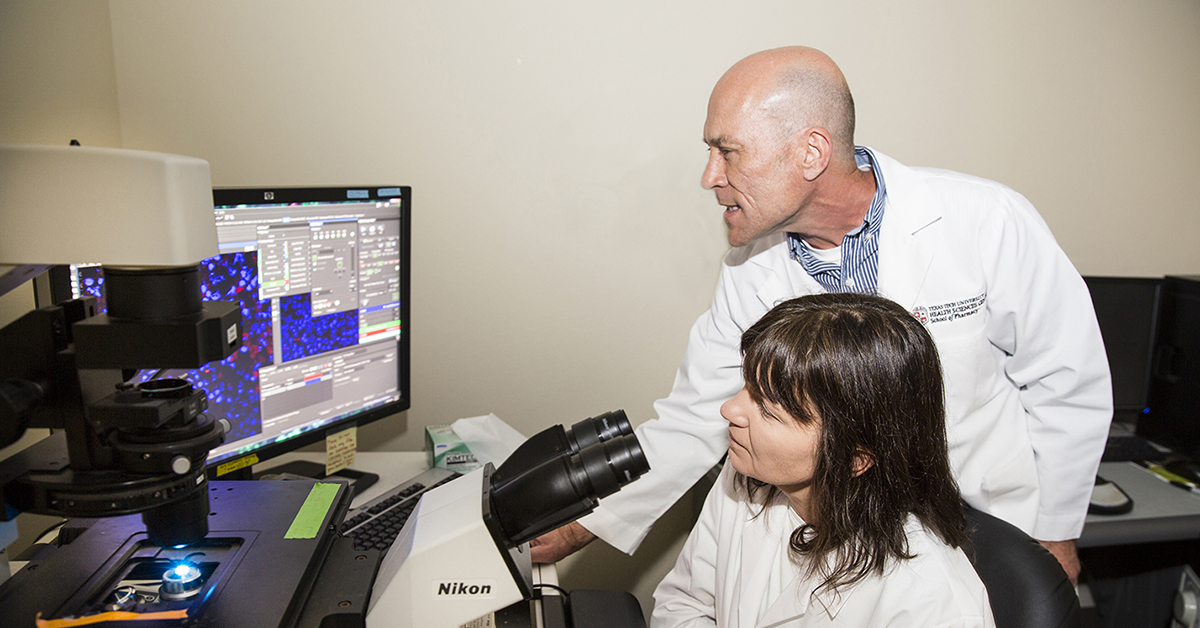 Since making the move to Abilene and the School of Pharmacy, Markiewski has established himself as an immunologist specializing in cancer immunotherapy and the biology of innate immunity. He has received grants from agencies like the National Institutes of Health-National Cancer Institute and the U.S. Department of Defense and has authored or co-authored more than 50 peer-reviewed and published research papers.

“I like the intellectual challenge, the sense of creating something entirely new and meaningful and interacting with people who share a similar passion,” he adds.

Karbowniczek has established her own reputation as a cancer biologist with expertise in basic molecular mechanisms that regulate transformation of regular normal cells into malignant tumor cells. Her specific interest is a rare genetic disease called tuberous sclerosis complex that can produce multiple tumors and a pulmonary disease called LAM, which occurs exclusively in women.

“At first glance, our research interests are significantly different, expect for the cancer commonality,” Markiewski says. “However, we discovered that several molecular mechanisms that Magdalena studies in the context of cancer cell also regulates the function of immune cells that fight malignant tumors. We also collaborate and support each other in our daily work, and most of our recent published papers are a product of this collaborative effort.”

Today, after nearly two decades of traveling, changing work environments and seeing different countries and people, Markiewski says he and Karbowniczek see their lives as a constant journey.

“Since our arrival in the U.S. and in Abilene, we have met many wonderful people and we are meeting more wonderful people every day,” Markiewski says. “We perhaps work harder after becoming independent investigators than we ever did, but I feel scientists have similar life, no matter where they live.”