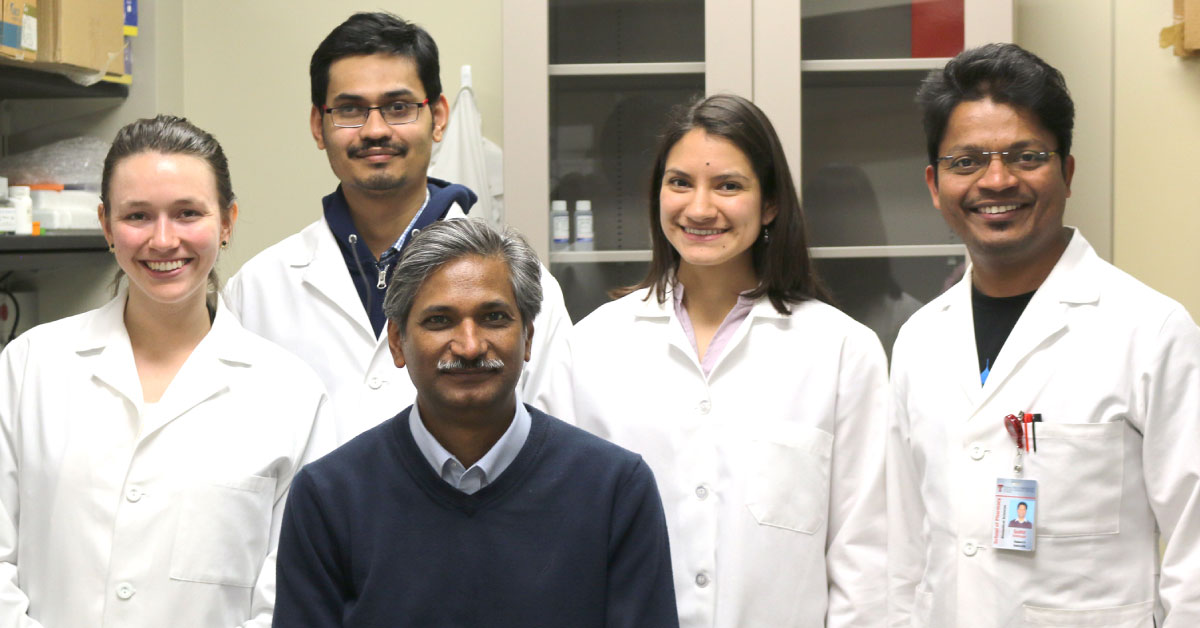 A research paper authored by Hiranmoy Das, Ph.D., a professor for the Department of Pharmaceutical Sciences at the TTUHSC Jerry H. Hodge School of Pharmacy, has been accepted for publication by Autophagy, the top-ranking journal related to autophagy research with a current impact factor of 11.10. The paper is titled, “KLF2 (Kruppel like factor 2 [lung]) regulates osteoclastogenesis by modulating autophagy.”

“Any research findings published in this journal get the highest desired attentions from the readers and scientists interested in this field of research,” Das said.

Within our bodies, a process known as transcription allows the DNA sequence from a gene to be copied, or transcribed, into an RNA molecule. It is an important step by which information taken from the gene is used to produce a protein. The viability of this process is strongly influenced by transcription factors that make sure the right genes are expressed in the right cells at the right time.

It is one of these transcriptional factors—known as the Kruppel-like factor, or (KLF) 2— that regulates monocyte activation, function and their differentiation toward osteoclasts, which are important cells that break down bone tissue and release the minerals to maintain bone homeostasis. When osteoclasts increase in number or become hyperactive, it can adversely affect bone density and quality and lead to the development of conditions like arthritis and osteoporosis.

More than a decade ago, Das started investigating (KLF) 2 as it relates to the development of rheumatoid arthritis. Though his research, he discovered that (KLF) 2 also regulates the differentiation of monocytes, the largest type of white blood cell in our immune system that fights off bacteria, viruses and fungi. Das says (KLF) 2 regulates monocyte differentiation through a process known as autophagy, an intracellular repair mechanism by which damaged, specialized structures living within the cell are swallowed up by the cell. 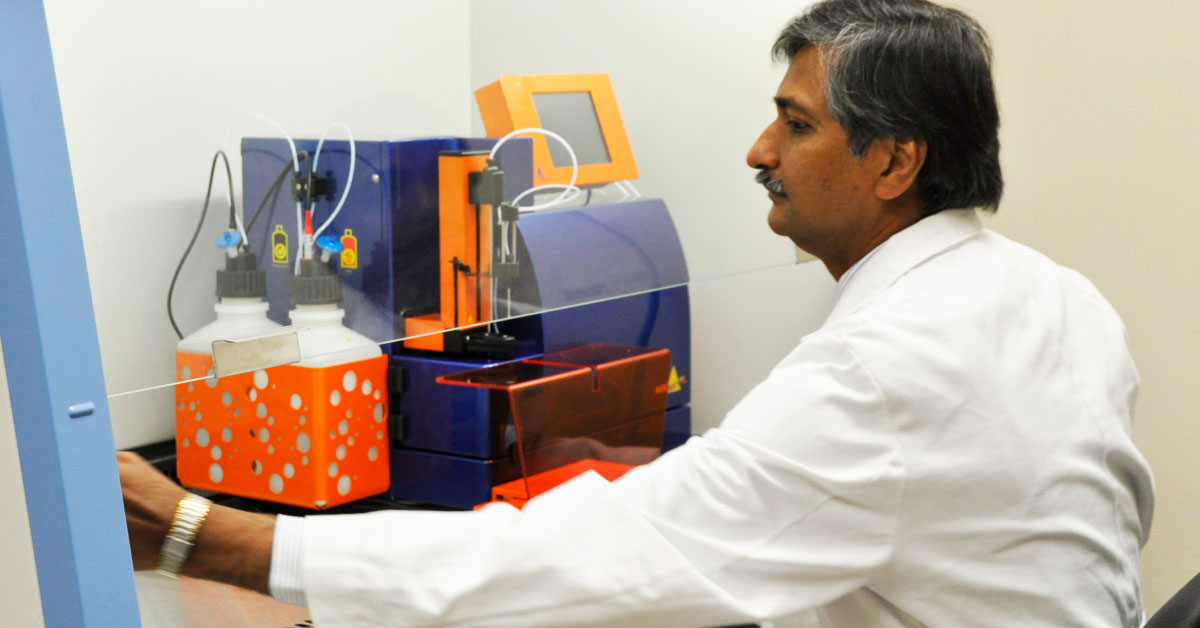 Das in the lab.

The Das lab was the first to show that KLF2 is expressed in monocytes and is able to regulate monocyte activation and function. Those results were published in 2006 by the Proceedings of the National Academy of Sciences of the United States of America, a peer-reviewed multidisciplinary scientific journal.

As he continues with his research, Das said the long-term goal is to control rheumatoid arthritis by regulating or adjusting KLF2 or it’s targeted molecules.

“If we can regulate uncontrolled osteoclastic differentiation of monocytes, which are responsible for damaging bones and cartilages, we might be able to manage not only all forms of arthritis, but also osteoporosis,” he added.