From Neurosurgery to Biomedical Science 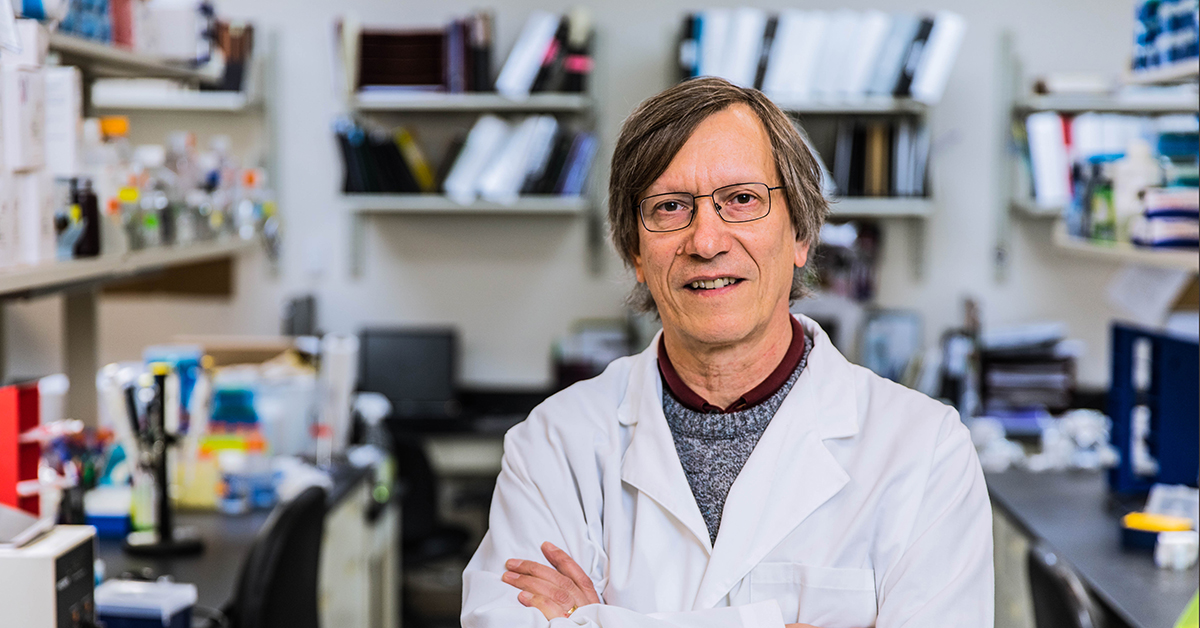 As a boy growing up in the suburbs of Buenos Aires, Argentina, Guillermo Altenberg, M.D., Ph.D., recalls always wanting to be a doctor.

“Actually, I had the idea of becoming a neurosurgeon, but once I was at the School of Medicine of the University of Buenos Aires I got progressively more interested in mechanisms, and rapidly my mind moved from neurosurgery to biomedical science,” Altenberg recalls.

Medical school in Argentina typically last six years, and combined degree programs like the M.D./Ph.D. offered at TTUHSC do not exist. Undeterred, Altenberg eventually earned his M.D. from the University of Buenos Aires School of Medicine and his Ph.D. from the university’s Institute of Cardiological Research. He also spent more than four years as a volunteer medical student in one of the university’s nephrology labs investigating renal physiology and pathophysiology, which spurred his interest in membrane transport and the structure and function of membrane proteins.

“It happens that the basic functional unit of the kidneys, the nephron, depends critically on transport across the membranes of the cells that form the renal tubules,” Altenberg says. “It is not possible to understand the kidneys without membrane transport.”

Upon completing his studies in Argentina, Altenberg accepted a postdoctoral fellowship to continue studying membrane transport in epithelia and biophysics at the University of Texas Medical Branch in Galveston (UTMB-Galveston). He began expanding his independent research into more detailed studies of the mechanistic characteristics of membrane proteins.

Altenberg’s research interests eventually evolved to include studies on the structure, function and regulation of membrane proteins, and the development of new nanotechnologies based on synthetic membranes, including polymer-based nanodiscs.

“Among membrane proteins, we focus our studies on connexins, which form cell-to-cell communication channels and multidrug-resistance proteins that export anticancer agents from tumor cells,” Altenberg says.

In late 2006, Altenberg’s postdoctoral mentor, Luis Reuss, M.D., was considering moving to TTUHSC to chair the Department of Physiology. Reuss convinced Altenberg it was an opportunity to build a strong and unique research program focused on membrane proteins because the department had to be rebuilt. Altenberg then left his position as an assistant professor of internal medicine at UTMB-Galveston and headed to Lubbock and TTUHSC’s Department of Cell Physiology and Molecular Biophysics. He was promoted to professor in 2011 and was named department chair in 2014.

With the university’s support, Reuss and Altenberg recruited new faculty between 2007 and 2015 to create a critical mass of membrane protein research that reached across departments and spread to Texas Tech University via the Center for Membrane Protein Research. Altenberg served as the center’s director during 2014-2015.

“Looking back, the move from UTMB at Galveston to TTUHSC was an excellent choice,” Altenberg says. “More than 10 years of hard work yielded a membrane protein research group in West Texas that has earned national and international recognition.”

When he takes a break from the laboratory, Altenberg enjoys spending time with his family. His wife, Patricia Aristimuno, M.D., is an associate professor for the TTUHSC Department of Internal Medicine in the nephrology division. His daughter, Victoria, has just started college and wants to pursue a career as a pharmacist. He also enjoys going back to Argentina when time allows to visit the rest of his family in the Buenos Aires area and in the picturesque Patagonia region of southern Argentina.

“Besides spending time with my family, I like to play outdoor soccer,” Altenberg says. “I have played soccer from a very young age, and although I cannot play as much as I used to, I still do play twice a week with TTU students. I also like to play guitar; I most frequently play late at night, in my home office, when I take breaks from work.”