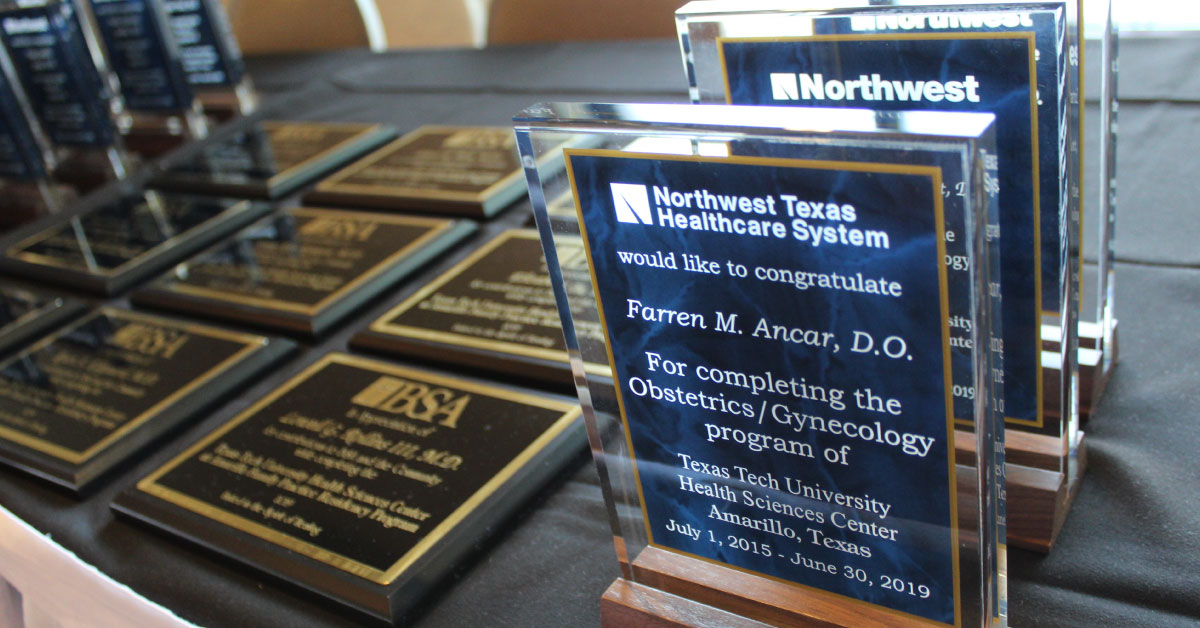 The TTUHSC School of Medicine honored its graduating residents June 5 during the 31st annual Resident Recognition Lunch at the Amarillo Country Club.

Thirty-two residents who have completed their training were recognized by their respective departments — family medicine, internal medicine, obstetrics & gynecology (OB/Gyn) and pediatrics — for their service to TTUHSC and the Amarillo community. Additionally, several individual residents received special recognition.

Ahmed Qasim, M.D., was named the Resident’s Choice Award recipient for 2018-2019. The Resident’s Choice honoree is selected by a committee of resident physicians for exemplifying the characteristics of a good teacher, co-worker and friend, and for practicing medicine and representing TTUHSC in a professional manner.

For the second year in a row, Shaun Welsey, M.D., was named the Golden Apple Award recipient for being an outstanding teacher, as selected by third-year residents.