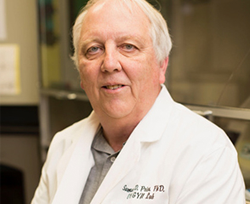 The National Academy of Inventors (NAI) has named Texas Tech University Health Sciences Center (TTUHSC) Professor Samuel Prien, Ph.D., to the inaugural class of 66 NAI Senior Members. The election of the inaugural class coincides with National Inventors’ Day, which this year marks what would have been Thomas Edison’s 172nd birthday and celebrates innovators and their contributions to society.

This inaugural class represents 37 NAI Member Institutions, including research universities and governmental and non-profit research institutes. They are named inventors on over 1,100 issued U.S. patents.

Senior members are active faculty, scientists and administrators at NAI Member Institutions with success in patents, licensing and commercialization. They have produced technologies that have brought, or aspire to bring, real impact on the welfare of society.

Prien has joint appointments at the TTUHSC School of Medicine and the College of Agricultural Sciences and Natural Resources at Texas Tech University (TTU). His first U.S. 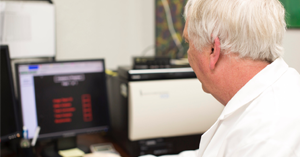 patent was awarded March 8, 2015, for a method of collecting and preserving semen that was the university’s first patent focused on reproductive science. Additionally, he currently holds four U.S. patents, 20 international patents and three copyrights, with others pending. Many of these patents have been licensed and are progressing toward commercialization.

One in ten couples worldwide have infertility problems, and approximately two million couples actively seek treatment.“Dr. Prien’s dedication and accomplishments in the field of reproductive science make him an exceptional choice for the NAI Senior Member,” said Quentin Smith, Ph.D., senior vice president for research at TTUHSC. “His work with reproductive technology not only will impact the field but also bring hope to countless families.”