Tips May Keep Diabetes Away From Your Stocking

The holiday season is a special time when people gather with family and friends to celebrate traditions, exchange gifts and ring in the New Year. It’s also a time of the year when most people consume larger-than-normal amounts of food and drink, mentally tossing those extra calories into the nearest fire to roast with the chestnuts.

Unless you’re one of the millions who live with diabetes.

According to the American Diabetes Association (ADA), more than 1.25 million Americans have Type 1 diabetes and approximately 40,000 more are diagnosed each year. That represents just a fraction of the country’s 30 million people with diabetes, including the vast majority who live with Type 2 diabetes. What’s more alarming is that another 84 million Americans are considered to be pre-diabetic, and though they may be dealing with symptoms of the disease, almost 90% have no idea they are at risk.

So then, is if safe to eat that extra sugar cookie or drink the extra cup of eggnog?

Before that question can be answered, Jannette Dufour, Ph.D., thinks it's important for people to be aware of the red flags associated with diabetes. Some of the common signs and symptoms include:

In addition, people with Type 1 diabetes may find themselves losing weight, despite eating more, while those with Type 2 diabetes may experience pain, tingling or numbness in their hands or feet. 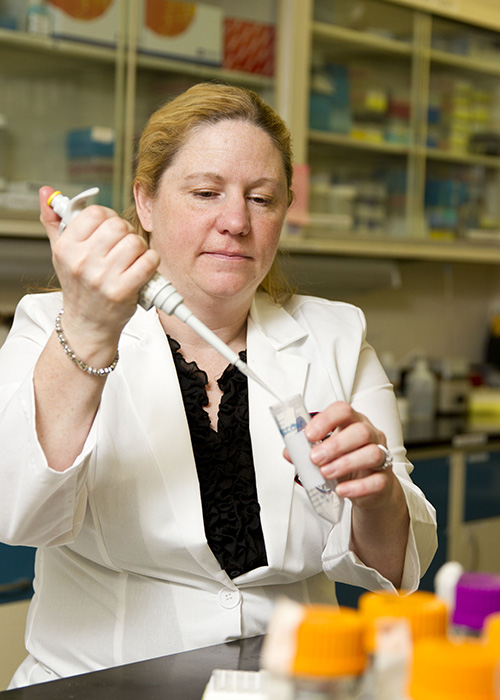 “People who don't have diabetes, or haven’t been diagnosed, need to pay attention to these symptoms because a lot of people get diagnosed during the holidays when they're eating candies and cookies or other things they don’t normally consume,” Dufour said. “Knowing these signs is important because the holidays are a time when they might find out they have it. My grandmother was actually diagnosed at Christmas.”

Dufour, a professor in the Department of Cell Biology & Biochemistry at the TTUHSC School of Medicine, has spent most of her career researching diabetes. She and her team are currently investigating the use of Sertoli cells to protect cells that make insulin so they can normalize blood glucose levels long-term.

Sertoli cells are located in the male testes, specifically in the walls of the seminiferous tubule, and are responsible for supplying nutrients to sperm. Sertoli cells also are called nurse cells because, in addition to providing all the nutrients for sperm cell development, they also form a wall to protect those developing sperm cells from being attacked by the body’s immune system. Dufour’s research is investigating the use of Sertoli cells to protect the islets in the pancreas that are responsible for producing insulin. 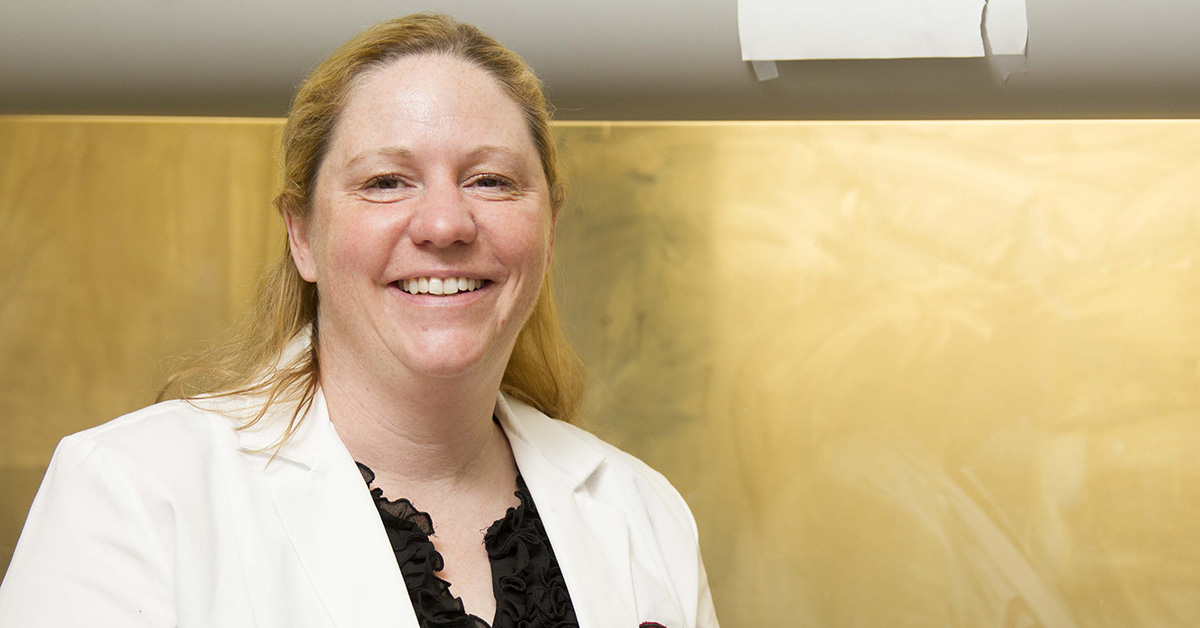 Outside the lab, Dufour and her team also work with the local ADA. Every year ADA organizes Camp NoHiLo, a summer camp for children with diabetes. They also conduct a wellness event in the spring to educate the community about healthy lifestyle choices, including diet and exercise.

“It’s not just through research, but we actually work within the community to try to help people,” Dufour said. “I teach medical students about diabetes because I also think it's very important to be an advocate for it, and because I think it's important that they get a basic understanding about working with the local community to help people that have either Type 1 or Type 2 diabetes.”

Until science and medicine can find a cure for diabetes, Dufour put forth some tips for people trying to enjoy the holidays while simultaneously dealing with the disease.

Plan ahead by finding out how many carbs are in the foods you typically enjoy, or want to enjoy during the holidays. When a meal is going to be served at a friend’s home, ask the host what foods will be served. By doing so, you can estimate the carb content beforehand so you’ll be able to portion your meal once the day arrives. You also may ask if you can contribute a favorite dish, and then you can prepare a blood sugar-friendly favorite of your own to share with the group.

If you’re going to be dining out, look up the menu online beforehand to see if they have posted nutrition facts so you can see how many carbohydrates are in the dishes in which you may be interested. No matter where you end up at mealtime, try as much as possible to stick with vegetables and lean meats. If you’re going to be out shopping all day, take some healthy carb-containing snacks with you like vegetables, dried fruits or nutrition bars.

“Once you get off track, it's sometimes hard to get back on. So my advice is to just be aware and try to stay on your routine because most people have developed a routine and a plan that works best for them,” Dufour said. “Also, don’t skip meals in preparation for a big holiday dinner. This can cause low blood sugar and increase your chances of overeating later. It’s also important to spread your carb intake throughout the day and avoid eating too many carbs in one sitting.”

Develop a food budget that helps you allocate carbs throughout the day, especially those days that will include a holiday party or a big holiday meal. Food budgeting can help you more easily stick to your daily routine, which increases the likelihood you’ll be able to keep your blood sugar on track and feel your best.

“People with diabetes can eat cake or pie or candies like everybody else,” Dufour emphasized. “They just usually need to count their carbs and pay attention to portion sizes. If you spread your carbs out to budget them, then you can eat some of those things you enjoy during the holidays and still keep your blood sugar in check. Alcohol is a big one to remember too, because many alcoholic drinks are pretty much just sugar, and people don't always count that in their calories or carbs. If somebody with diabetes doesn’t think about or plan for that, it can throw them off and put them in a bad situation. For someone with diabetes, the situation can become bad not just because of the alcohol, but also because of the sugar.” 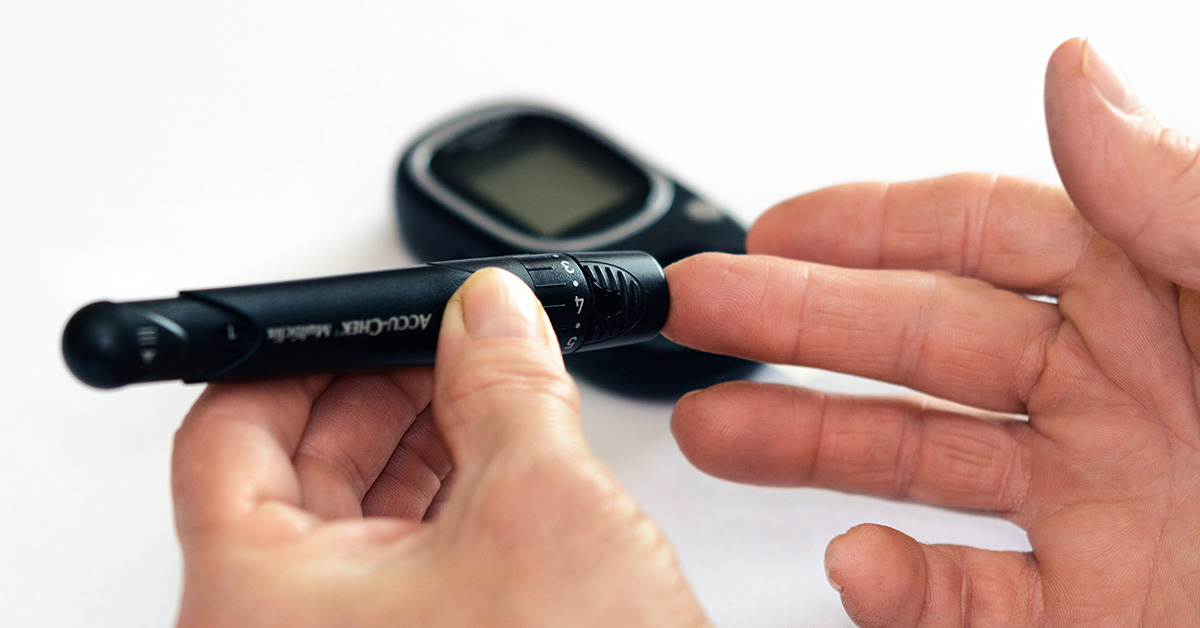 Test your blood sugar more frequently. It’s common during the holidays to be more active than usual, which may lead to eating different foods at different times than you normally would. For that reason, it may be best to test your blood sugar a few extra times to make sure you’re still in the desired range. If you’re consuming alcohol, have a snack as well because too much alcohol and not enough carbohydrates can lead to low blood sugar.

“It’s a good idea to bring some extra supplies like test strips, needles, a spare glucometer and some carbohydrate snacks in case you experience low blood sugar,” Dufour added. “If you’ve been drinking alcohol, or if you’ve been really active, I would suggest checking your blood sugar during the night as well because that’s when low blood sugar is more common.”

Be kind to yourself. Making mistakes is part of life and we all occasionally miss our marks. During the holidays especially, try to do the best you can while enjoying the traditions, parties and meals with family and friends.

“So you ate an extra piece of pie or had too much for dinner,” Dufour said. “Wake up tomorrow and go from there. Don't dwell on that extra piece of pie, just be kind to yourself and move on. I think one mistake people make, even people without diabetes, is they criticize themselves over the past, which they cannot change. Maybe you skipped the gym and stopped for fast food instead. Remember, tomorrow is another day, so just get back on track and go from there. The quicker you can get back to your routine, the quicker your sugars will get back in control and everything will be good.”