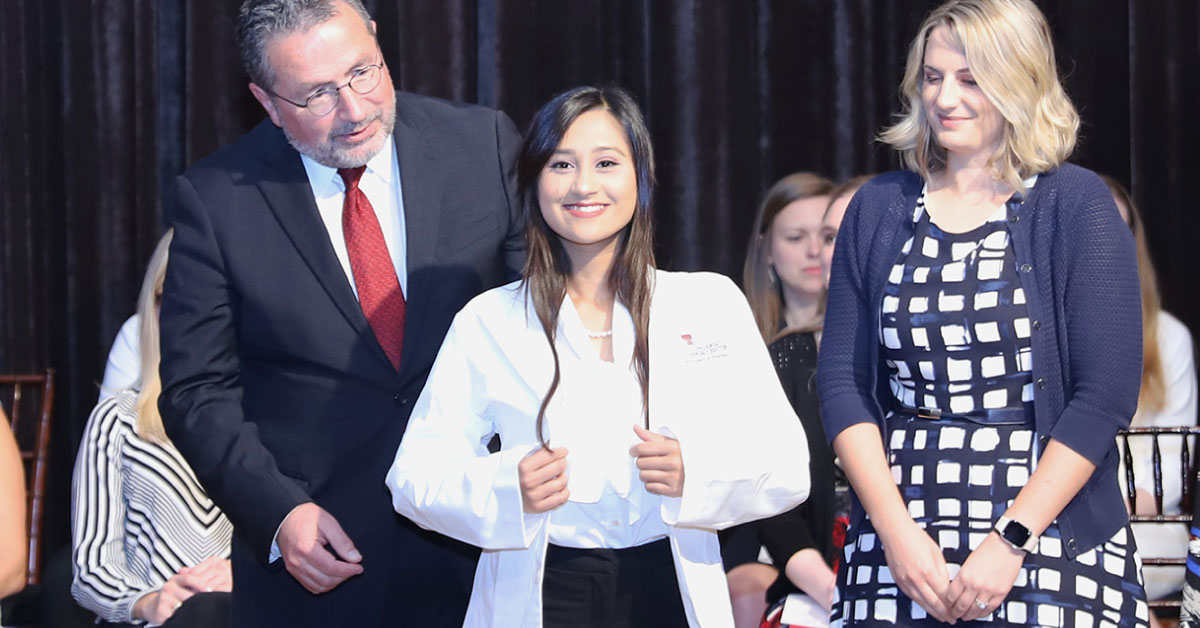 The TTUHSC Jerry H. Hodge School of Pharmacy welcomed the 157-member Class of 2023 with white coat ceremonies at the Dallas/Fort Worth (DFW), Abilene and Amarillo campuses. The annual events invite family members and friends to watch as the school’s incoming students receive their traditional white pharmacy jackets, sign the Pharmacist Code of Conduct and recite for the first time the Oath of a Pharmacist.