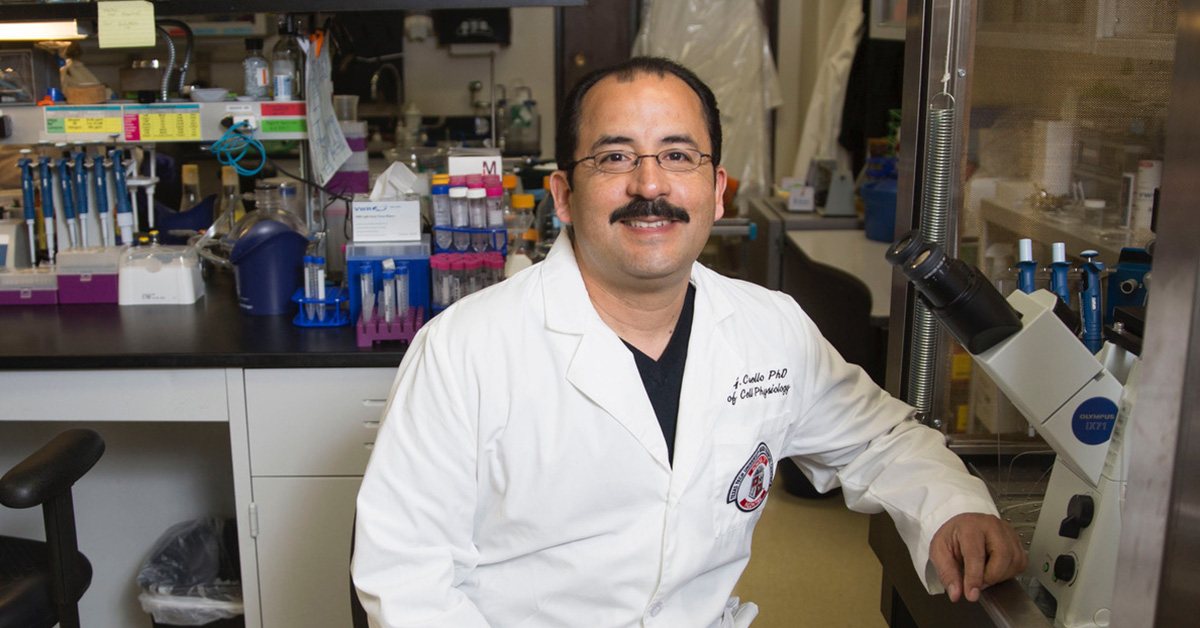 In every living cell, from free-living bacterium to neurons in the human brain, highly specialized small conduits, known as potassium (K+) channels, are responsible for unparalleled selective and extremely rapid transport of K+-ions across the cell membrane. This unique transport mechanism of K+-ions defines the correct functional behavior of every living cell, and by extension, effectively controls a large variety of very complex processes like the normal electrical activity of brain neurons, the rhythmical beating of the human heart and the normal immune response of the human body against life threatening pathogens.

“Understanding at the atomic level, the process exploited by K+-channels to catalyze the highly selective and very rapid transport of K+-ions across the cell membrane has tantalized biophysicist for more than five decades and remains one of the most controversial areas of research,” Texas Tech University Health Sciences Center (TTUHSC) Associate Professor Luis Cuello, Ph.D., said.

Cuello and his team from TTUHSC’s Department of Cell Physiology and Molecular Biophysics recently completed a study in which they attempted to capture at atomic resolution a picture/snapshot of one of the two ion-bound configuration that seem to coexist within the selectivity filter of K+-channel. The results from the study, "Structure, function and ion binding properties of a K+-channel stabilized in the 2,4-ion bound configuration,” were published in the Aug. 5 edition of Proceedings of the National Academy of Sciences (PNAS). The publication is one of the world's most frequently cited multidisciplinary scientific serials that disseminate cutting-edge research spanning the biological, physical and social sciences.

Cuello said two very different competing mechanistic models have tried to explain how K+-channels achieve such highly selective K+-ions transport rate. The first, a so-called canonical model championed in 2001 by Nobel laureate Roderick Mackinnon, M.D., proposes that water and K+-ions cross the cell membrane in a single file and alternate manner. Mackinnon’s model also proposes that the region of the channel that binds the K+-ions—four ions in total—can exist in two alternating ion-bound configurations: the 1,3 (i.e., K-W-K-W) and the 2,4 ion (i.e., W-K-W-K) configurations.

However, Cuello said Bert de Groot, Ph.D., put forth a model in 2014 known as the direct knock-on mechanism that challenges that of Mackinnon. The de Groot model proposes that four K+-ions within the channel selectivity filter establish direct contact within each other while crossing the cell membrane moving in single file without intervening waters. 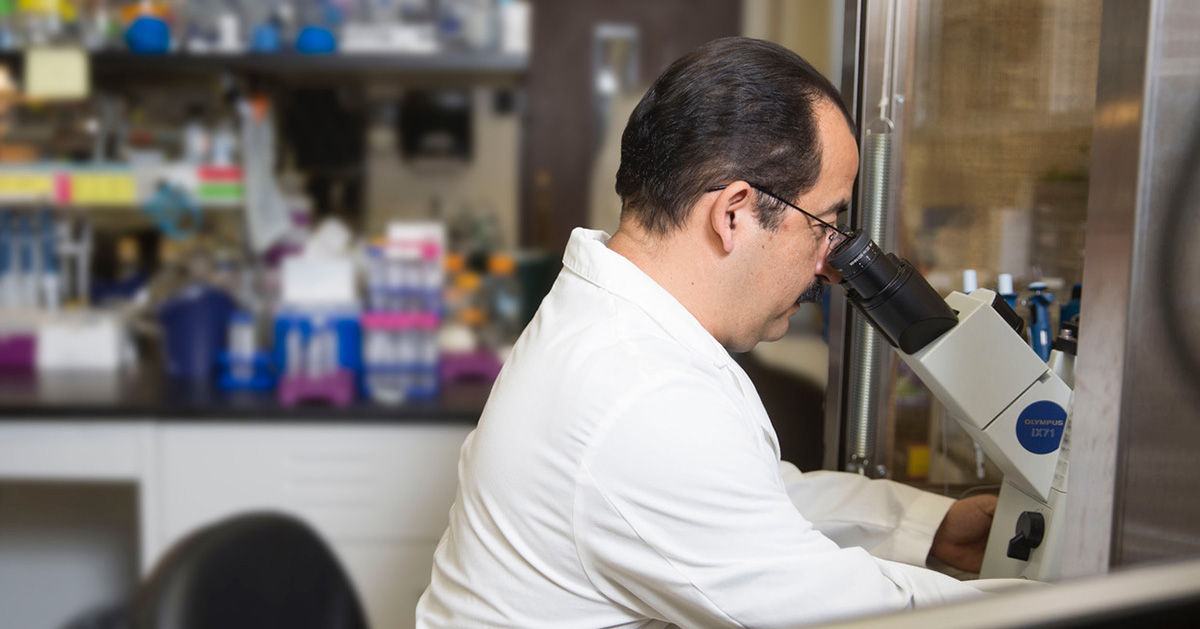 “This topic of research has reemerged as a highly controversial one and requires further attention from a fresh and different vantage point,” Cuello explained. “Therefore, we have approached this problem by engineering a mutant channel that could isolate selectively one of the proposed ion-bound configurations, which placed us in a unique position to provide a solid answer to a long-standing question.”

Cuello said his laboratory has provided a solid experimental demonstration in favor of Mackinnon’s canonical model by engineering a mutant channel that selectively isolates the 2,4-ion bound configuration of the selectivity filter of a K+-channel. This provided the Cuello lab with a vantage point to develop a structural snapshot that demonstrates the existence of one of the two ion-bound configurations proposed by the canonical model.

Cuello hypothesized that if the four observed K+-ions bound to a K+-channel selectivity filter is the result of the coexistence of two equally occurring alternating ion-bound configurations (i.e., 1,3 and 2,4) then it should be possible to engineer a channel mutant that will bias the equilibrium between the two configurations and selectively isolate one of them.

“We have solved the crystal structure of two mutant potassium channels—KcsA-G77A and G77C—that precisely proved our hypothesis and allowed us to take a picture at atomic resolution, for the first time ever, of the 2,4-ion bound configuration of the K+-channel selectivity filter,” Cuello said. “We are proposing that our experimental results are proving that K+-ions move in a single file, with intervening water molecules, as it was originally proposed by Dr. Mackinnon in 2001.”

Cuello credited a small group of scientists from TTUHSC’s Center for Membrane Protein Research and his Department of Cell Physiology and Molecular Biophysics colleagues for working with him to complete the published research.

“Cholpon Tilegenova, a Ph.D. student in my laboratory, was the leading author in this research article since she generated the very high-resolution crystal structures of G77 mutant channels as part of her Ph.D. dissertation work,” Cuello said. “Additionally, this work would not be possible without the invaluable participation of Marien Cortes, Nermina Jahovic, Emily Hardy, Parameswaran Hariharan and my colleague, Dr. Lan Guan, who worked very hard in the functional and thermodynamic characterization of these mutant channels. Finally, I would like to knowledge Dr. Alain Labro, Dr. Luis Reuss and Dr. Guillermo Altenberg for their invaluable advice and critical thinking during the execution of this project.”