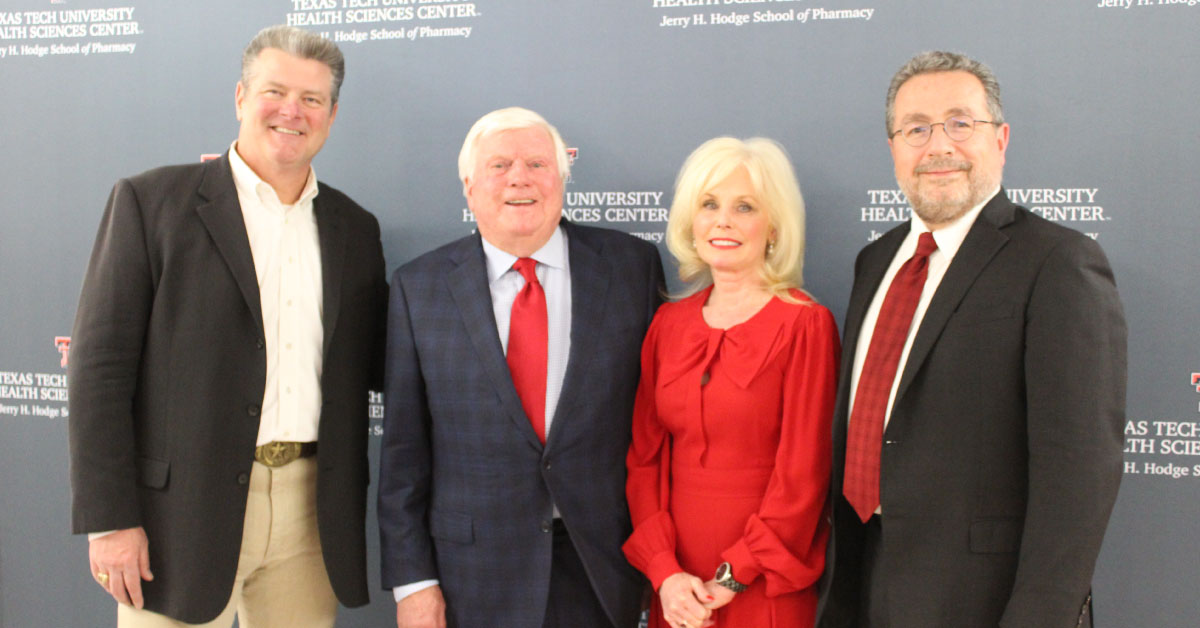 Mitchell, the Hodges and Smith

“The impact Jerry Hodge has had on this community has been extraordinary,” Mitchell said. “His commitment and longstanding dedication to this region, the city of Amarillo and to Texas Tech University Health Sciences Center has been transformative as we wouldn’t be here today without this family’s devotion and support. It is an honor to recognize Jerry with the naming of our School of Pharmacy.”

In the mid-1960s, Hodge, a licensed pharmacist, purchased Maxor Drugs and transformed it from a small community drugstore into Maxor National Pharmacy Services Corporation, a company that currently employs about 450 people in Amarillo and more than 660 people nationwide. 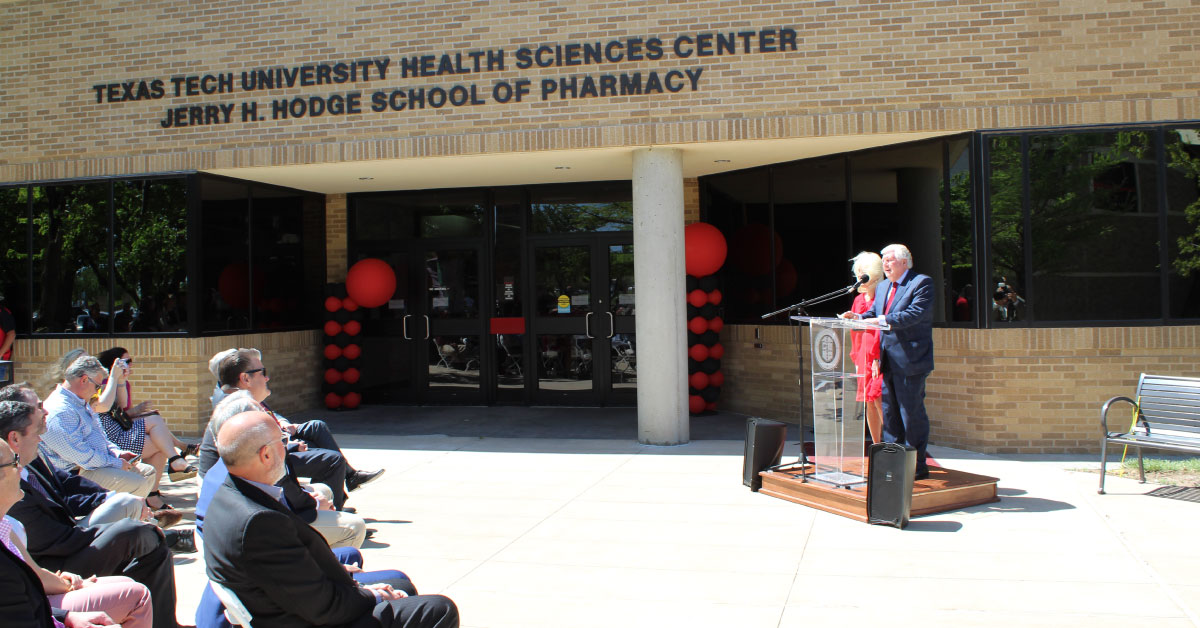 Hodge served as Maxor’s chairman and chief executive officer until he retired in 2016, but his work wasn’t limited to filling prescriptions. In 1977, at the age of 34, Hodge was elected the youngest mayor in Amarillo history. Four years later, in 1981, he was named to the Texas State Board of Pharmacy and served until 1987.

“The impact on patients’ lives and wellbeing from all of this is incalculable,” TTUHSC School of Pharmacy Dean Quentin Smith, Ph.D., said. “Throughout his life, Mr. Hodge has sought to transform pharmacy to ever-greater levels of service and effectiveness, and the TTUHSC Jerry H. Hodge School of Pharmacy will make sure that effort extends long into the future. His impact already has touched so many lives in Texas and across the nation; with this naming, it will grow far stronger.”

When it opened in 1996, the TTUHSC School of Pharmacy sought to be among the top providers of modern pharmacy education, practice and research. Though barely 20 years old, the school is the largest in Texas, graduating 140 to 155 new doctors of pharmacy each year. The school recently placed 16th and 18th among the nation’s 143 pharmacy schools in two surveys based upon the quality of its Doctor of Pharmacy program, and it ranked 12th nationally based upon low cost. Since it opened, the economic impact of the school’s research grants alone has exceeded $53 million.