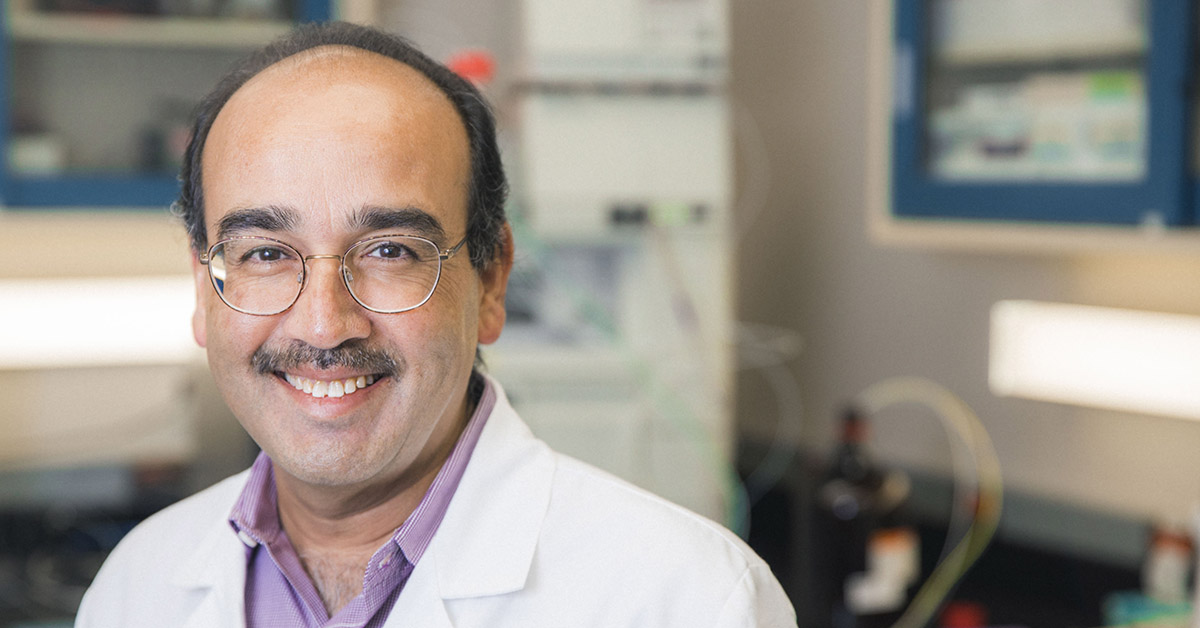 Over half of all breast cancers carry genetic defects in the p53 gene, a powerful tumor suppressor. Loss of this gene increases the risk of getting breast cancer and the resultant cancers become highly resistant to treatment.

Researchers at the Texas Tech University Health Sciences Center (TTUHSC) School of Medicine have blocked the protein to defeat the effects of p53 loss more effectively than any existing cancer medicine.

Sanjay Awasthi, M.D., a professor in the TTUHSC Department of Internal Medicine and an oncologist, received a Department of Defense $1,147,500 grant for his research, “Prevention of Breast Cancer by Haploinsufficiency of RALBP1.”

“Despite decades of research, there had been no satisfactory way to overcome the deleterious effects of p53 loss – until now,” Awasthi said. “We showed for the first time that blocking the stress-responsive protein called Rlip (Rlip76 or RALBP1) defeats the deleterious effects of p53 loss more effectively. This discovery is a game changer in cancer treatment because more than half of all types of cancers lack normal p53.”

Li-Fraumeni Syndrome (LFS) is a hereditary cancer predisposition syndrome reported in 1969 by Drs. Frederick Li and Joseph Fraumeni. Approximately 1 out of every 10,000 people have the syndrome and can be afflicted with cancers that are difficult to treat and often reoccurring. Awasthi said there has been no way of stopping cancer because those who have the syndrome are missing a gene. 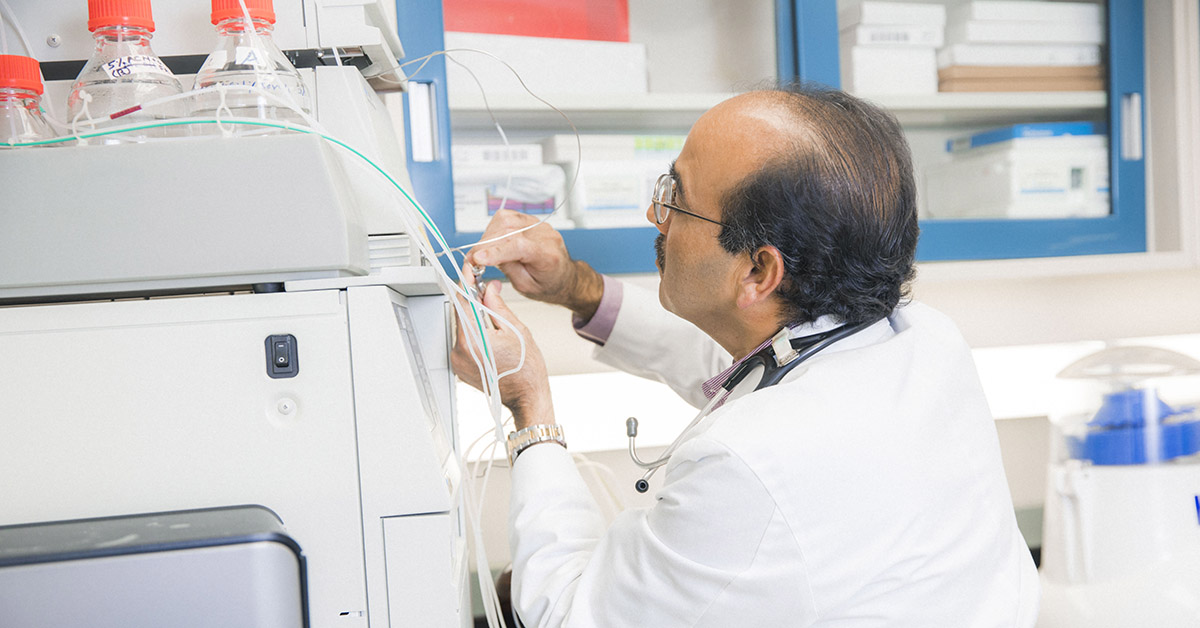 Awasthi will test a chemical derived from oranges, a phosphorothioate antisense directed towards Rlip.

“P53 is called the guardian of the genome because it is essential for regulating cell division and preventing tumor formation,” Awasthi said “If it is missing the genes that cause cancer, then they become abnormal and essentially cause cancer in a large number of people. About 68 percent of all cancers have an abnormality of this gene and some of those have a complete loss of the gene.”

In order to study this disease, a mouse was created almost 3 decades ago that always gets cancer and dies at 6 months. Now with this current research, there is a 100 percent suppression of the cancer.

“I had the opportunity to meet Dr. Fraumini and say, ‘look, I can cure your mice,’” Awasthi said.

This research began more than 40 years ago with Awasthi’s father, Yogesh C Awasthi, who worked on an enzyme that defends the body from toxins. Sanjay Awasthi solved the last step with research experiments in 1982 and a protein cloned in 2003. In 2009, he had the first successful company called Terapio, which develops therapeutics based on the Rlip76 protein

Now, this DOD grant will allow TTUHSC researchers to target how to prevent breast cancer. Awasthi will test a chemical that is derived from oranges, which is where he found the chemical, a phosphorothioate antisense directed towards Rlip, that activates this medicine as well as addressing other health issues.

“By giving this protein, I also can help someone with radiation poisoning,” Awasthi said. The DOD helped us make the medicine. The other significant benefit is that this medication reverses drug resistance to chemotherapy and other drug resistances.”