The TTUHSC School of Pharmacy celebrated the Class of 2018 with its annual graduation awards banquet and graduation ceremony May 19 at the Amarillo Civic Center. 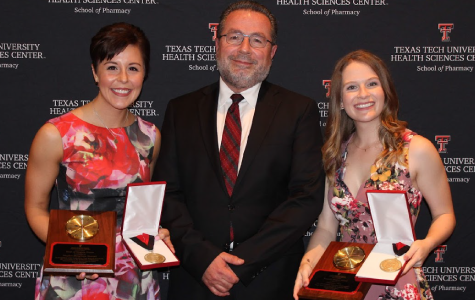 Hayden Stewart from the Abilene campus received the Bowl of Hygieia, the internationally recognized symbol for the pharmacy profession that signifies pure and potent medicines. The School of Pharmacy’s award is presented annually to the graduating class member who is deemed to best exemplify the qualities most desirable in a pharmacist: leadership, high ethical standards, dedication and promotion of the pharmacy profession.

Shannon Rice from the Lubbock campus earned the Class of 2018 Banner Bearer award as the graduate with the highest four-year grade point average. As the Banner Bearer recipient, Rice carried the School of Pharmacy banner and led the class during commencement exercises. 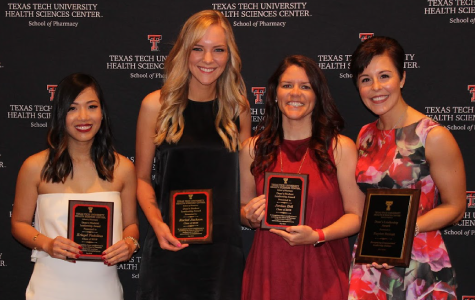 The Class of 2018 selected Anna Kochanowska-Karamyan, Ph.D., as its Harold Miller – Most Influential Professor in recognition of her superior leadership, dedicated service and teaching excellence. Kochanowska-Karamyanan is assistant professor for  the Department of Pharmaceutical Sciences in Amarillo. In March she was promoted to associate professor, effective Sept. 1.

Miller, who also was the commencement speaker for the Class of 2018, received numerous teaching awards during his career at TTUHSC, including the Most Influential Professor Award from the School of Pharmacy Classes of 2014, 2016 and 2017.