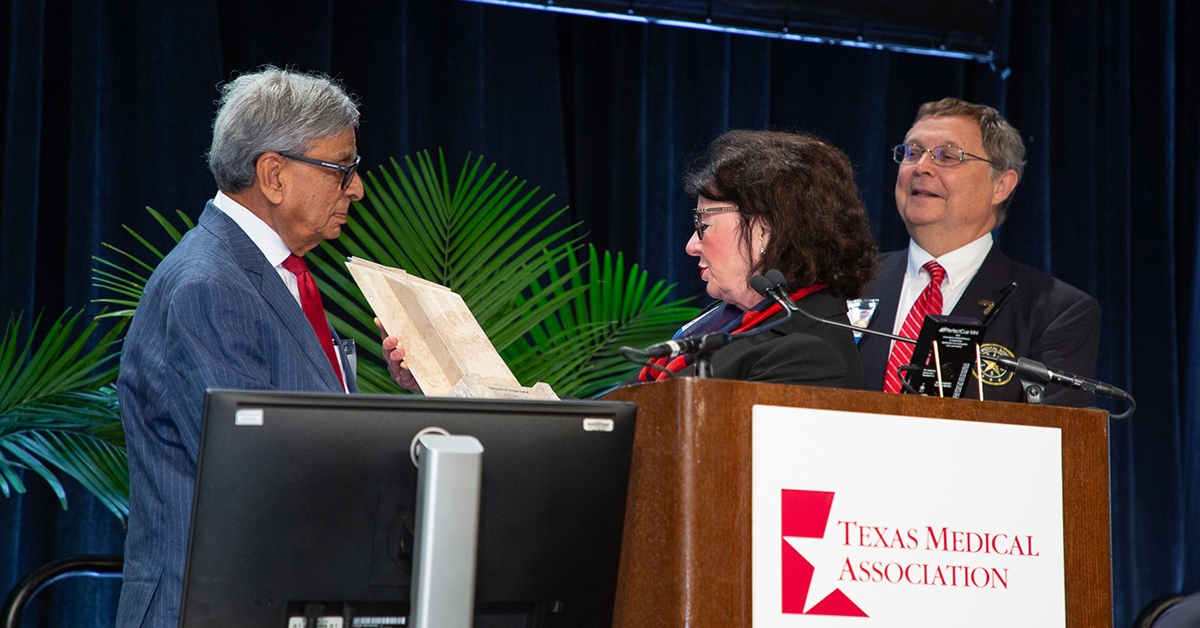 Among his many accomplishments, Surendra K. Varma, M.D., prevented countless babies from developing intellectual and developmental disabilities. These are complications of congenital hypothyroidism, a treatable thyroid condition. Varma worked with a local senator to push forth the Texas law to mandate newborn hypothyroid screening – for which Texas began to screen newborns in the 1970s.

For this act and decades of child health care Varma has provided, while also shaping medical students into future physicians, the Texas Medical Association (TMA) honored him with its 2018 TMA Distinguished Service Award. TMA’s House of Delegates policymaking body presented its highest honor to Varma at TexMed, the association’s annual conference on May 19.

“It is a unique honor,” Varma said. “I am privileged to be in such an elite group of TMA Distinguished Service Award honorees.”

“The newborn hypothyroid screeningwas the most gratifying thing for me in academic medicine, the most gratifying accomplishment of my career,” Varma said. “Since then we have been able to start very early treatment and prevent mental retardation in at least 100 babies per year.”

Varma hasbeen a TMA leader in numerous capacities, including as a member oftheTMA Council on Medical Education, the Council on Scientific Affairs, the Councilon Health Promotion, the Subcommittee on Child and Adolescent Health, the Committee on Access to Care, theCommittee on Academic Physicians and the editorial board of Texas Medicinemagazine.He also chaired the TMA Section on Pediatrics and served as a delegate to TMA’s House of Delegates. 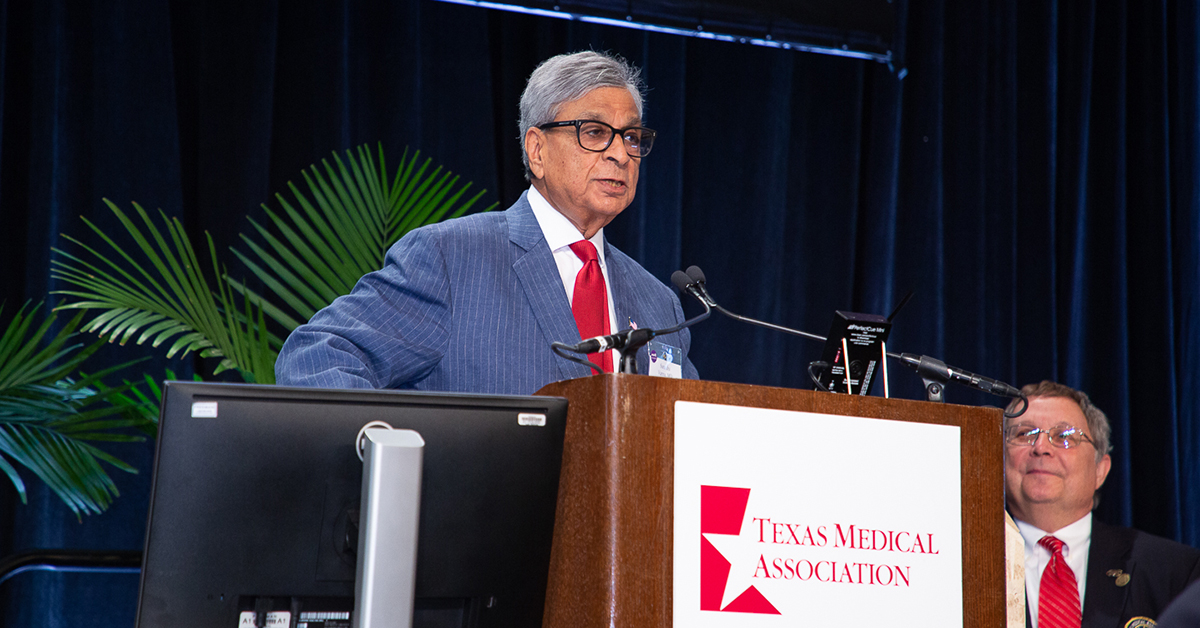 “Dr. Varma has been an excellent teacher of students and residents but also an adviser and mentor to hundreds of junior faculty, residents and students,” Berk said. “As associate dean for the Graduate Medical Education, he has helped guarantee the quality of residency programs on three campuses and worked to expand and promote new residency programs. He has provided outstanding service to the Texas Medical Association for decades serving and chairing many different committees. His successful effort to have thyroid screening for newborns remains a career achievement and demonstrates Dr. Varma’s excellence as a pediatric endocrinologist.

Nationally, Varma was a member of the governing council of the American MedicalAssociation(AMA) Section on Medical Schoolsand wasAcademicPhysiciansSection liaison to the AMA Council on MedicalEducation.He has served as vice chair of the Residency Review Committee on Pediatrics. He also served as Endocrine Section chair of the American Academy of Pediatrics and on the board of TMF Health Quality Institute, in addition to participating in numerous medical specialty societies.

“Patients first, I tell students,” Varma said. “Provide the best possible patient care. I always encourage students to immerse themselves in organized medicine – organizations like TMA – and in advocacy on patients’ behalf.” 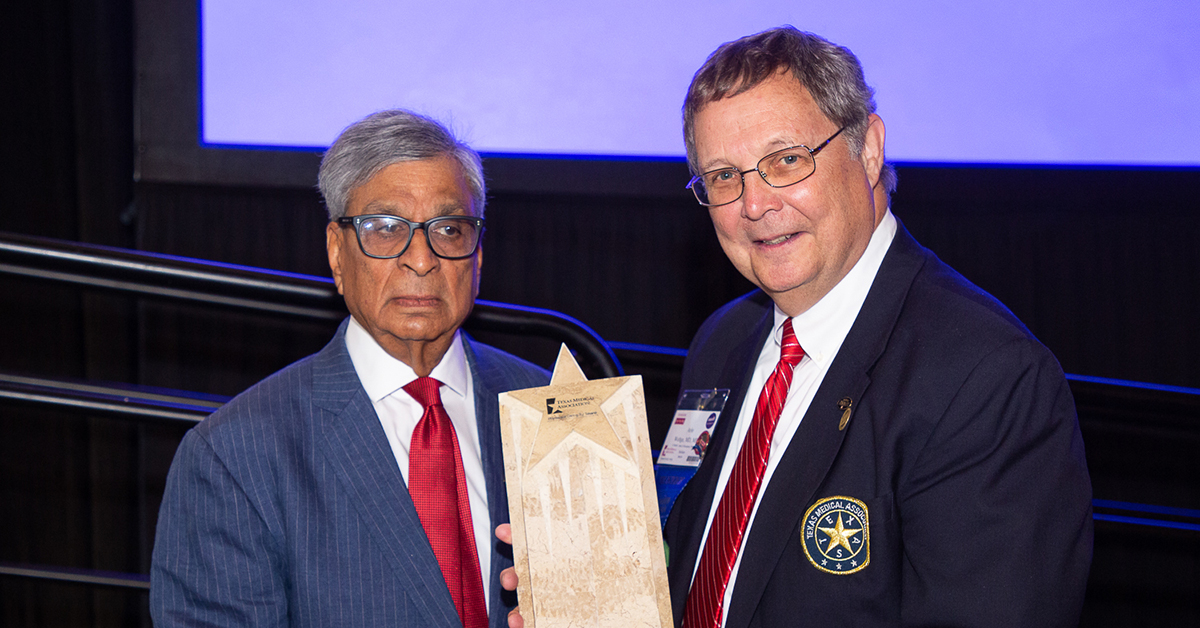 Varma’s awards and honors include the Texas Pediatric Society’s Charles W. Daeschner, Jr., M.D.,Lifetime Achievement Award – the society’shighest honor – and the TMA Platinum Award for Excellence in AcademicMedicine in 2014, as well as TMA’s 1999 C. Frank Webber, M.D., Award for his commitment to mentoring medical students. He also received the TTUHSC School of Medicine President’s Outstanding Professor Award, and the Texas Tech University Grover E. Murray Professorship, the highest award the university can bestow on a faculty member. Varma also received the Hippocratic Award from Lubbock County Medical Society and several other high honors including an honorary doctorate of science from King George’s Medical University and a Lifetime Achievement Award from the Global Association of Physicians of Indian Origin.

His work has been published in more than 150 medical publications and abstracts, and he has delivered close to 200 medical presentations around the world.