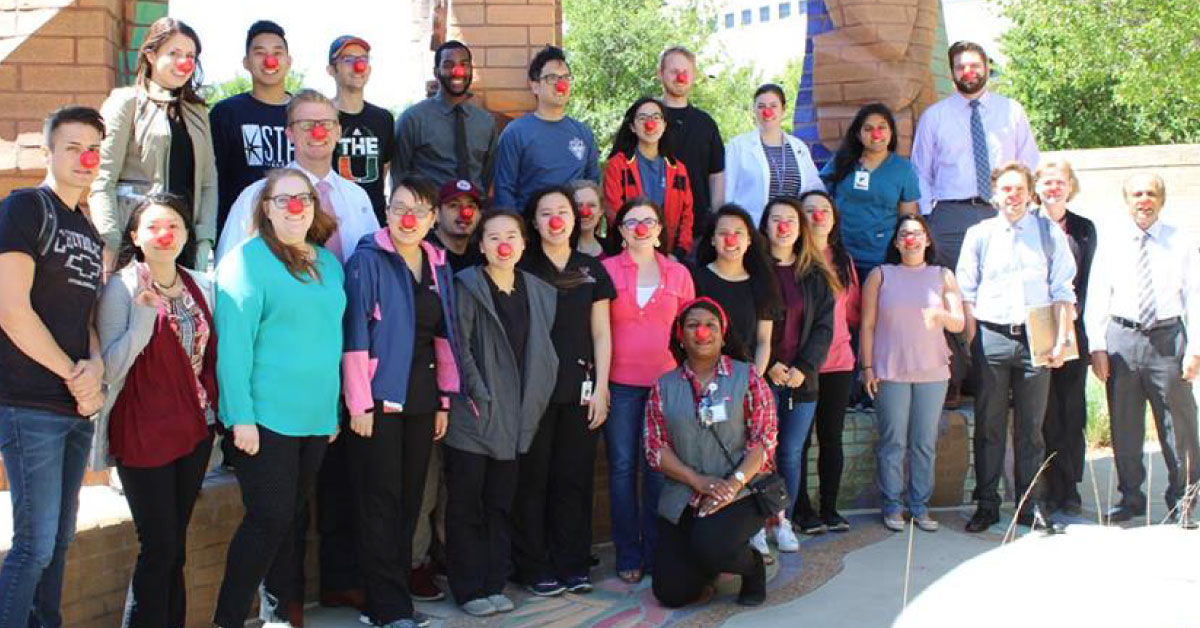 Walgreens sells the clown-like noses for $1 each at its retail locations and online to raise money for non-profit organizations that help needy children across the country. Funds raised locally benefit the High Plains Food Bank’s Kids Cafe program.

Student Council members from the School of Pharmacy pre-purchased 220 noses to resell across campus. Nearly all of the noses were sold, and the pharmacy students plan to donate the proceeds back to Red Nose Day, nearly doubling the original amount given. Walgreens has raised $100 million nationally since the first Red Nose Day in 2015.