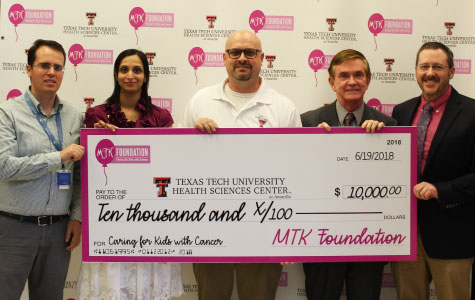 The MTK Foundation, the Texas Tech University Health Sciences Center (TTUHSC) Schools of Medicine and Pharmacy and the TTUHSC Department of Pediatrics in Amarillo announced a partnership to fund cutting edge research pertaining to pediatric cancer that will take place in Amarillo. To get the partnership started, MTK Foundation Executive Director Levi Knebusch presented a $10,000 check to TTUHSC June 19 at TTUHSC’s Amarillo campus.

Knebusch said his family ties to Texas Tech date back to the early 1990s. Most recently, his nephew spent several summers working in a TTUHSC research lab and will attend the School of Pharmacy in Amarillo beginning in the fall.

“I guess you could say the Red Raider blood is in my veins,” Knebusch mused. “My daughter, Madison, wanted to go to Texas Tech when she graduated from high school, so Texas Tech has always been a part of my life in one way or another.”

Knebusch said the MTK Foundation recently started exploring ways to expand its services, and taking a direct role in the fight against pediatric cancer has been a long-term goal since the foundation was formed.

“Because of its nature, pediatric cancer research is diluted, to say the least, and until last week, there was little to no serious funding of it outside of St. Jude and other similar entities,” Knebusch explained. “More than 97 percent of all pediatric cancer research is funded by private 501c3s or other private donations, so the MTK Foundation wanted to take an active role in helping to find a cure in whatever way we could.” 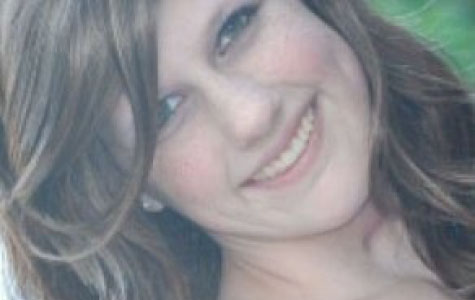 Through his relationships with TTUHSC pediatric oncologist Smita Bhaskaran, M.D., and many other local doctors, nurses and charities involved with cancer treatment, Knebusch said he developed a feel for local cancer research efforts.

“I noticed that TTUHSC had received several grants from various pediatric cancer charities, and that triggered me to contact the university in Lubbock,” Knebusch recalled. “A lady who answered the phone mentioned that Dr. Bhaskaran was located in Amarillo, which I knew, but I had never put two and two together as to her work with TTTUHSC in Amarillo.”

In a subsequent call to Bhaskaran, Knebusch learned there were several studies TTUHSC desired to undertake, but the funds were not available. He hopes MTK’s donation will allow Bhaskaran and her TTUHSC colleagues to become more active in pediatric cancer research.

“Pediatric cancer is the number one disease killer of children, and it’s only getting worse,” Knebusch said. “The MTK Foundation is committed to helping fund these research projects in hopes that solid, reliable treatments can be found, that our children don’t have to fear such a horrifying diagnosis, and so we can offer greater hope for tomorrow. As long as the MTK Foundation exists, and as long as TTUHSC continues to push the envelope in its endeavor to impact the world, this marriage will last, hopefully until we no longer need to fight.”

“TTUHSC is now joining those institutions with various research studies here in Amarillo, and the MTK Foundation wants to help them to do that,” he added. 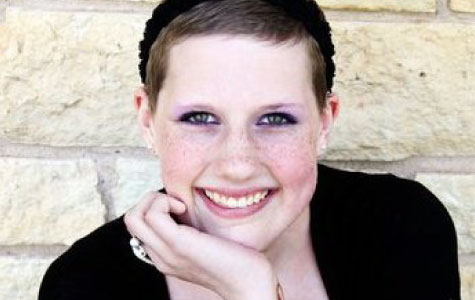 Knebusch said the MTK Foundation was formed with a mission to care for and support children—and their families—who are fighting pediatric cancer. To that end, the foundation awards scholarships to Tascosa High School students, provides financial support to pediatric cancer patients and generally supports those patients and their families who have been newly diagnosed in the Panhandle. All of these efforts are undertaken to honor his daughter, Madison Taylor Knebusch, who passed away January 12, 2012 at age 16 from an extremely rare form of cancer.

“Madison was an active 8th grader who ran track and played competitive basketball,” Knebusch said. “She began to have difficulty breathing, and after numerous visits to the emergency room and to various physicians, we found out that she was literally breathing through an airway the size of a coffee straw. She had a tumor in her throat and five suspicious spots on her lungs.”

After emergency surgery to open her airway, and a tracheotomy, Knebusch said Madison was diagnosed with a cancer so rare that there has never been an example of it recorded in medical history.

“In one final selfless act before she passed, Madison chose to donate her body to TTUHSC for research,” Knebusch said. “It was her hope that this would help the medical community find a cure for this terrible disease so that others would not have to suffer. Through it all, Madison remained full of hope, love for others and bravery. She faced this challenge with her head held high and she never backed down from the fight.” 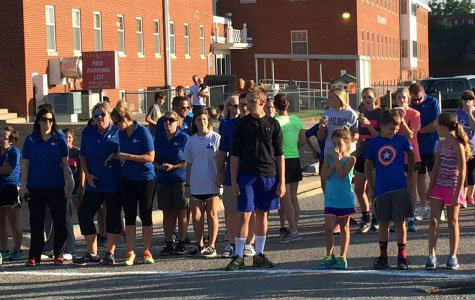 In addition to donations, MTK raises money through two annual events: the MTK Happy to Help Bike Ride, started in 2014, and the MTK 5K/10K. Through its fund raising efforts, Knebusch said the foundation has been able to help every family that has requested assistance.

“Sometimes that need is small, sometimes that need is big, but in every case, we have been able to help in some way,” Knebusch said. “Our foundation also does not have any limitations in our by laws that limit what type of assistance we give, and we have given out in excess of $50,000 in direct monetary assistance for a vast array of needs.”

Those needs, Knebusch said, include buying a car for a single mother of four who traveled more than 100 miles each day to take care of her sick son while he was being treated in Amarillo. In another case, the foundation purchased a refrigerator for another single mother who was forced to store her child’s medication in a Styrofoam ice chest to keep it cool because it that was all she could afford.

In addition, the foundation has paid countless rent and mortgage payments, utility bills, chemotherapy bills, deductibles and travel expenses—including motel and flight costs—for children receiving treatments and surgeries out of town. They also paid for the funeral expenses of a young patient who died of leukemia, including the cost of having her body transported from Ft. Worth to Amarillo.

“Over the past six years, the MTK Foundation has given out more than $80,000 in aid and scholarships, and we will continue to do those things,” Knebusch stressed. “We have no paid staff, and everyone that serves on the MTK board and at our events is a volunteer. At the end of Madison’s nearly two-year battle, we had amassed $300,000 in debt, all medical and travel related, forcing us to declare bankruptcy. If the MTK Foundation can keep another family from having to travel down that same road while they attempt to save their child’s life, then we will have done our job.”