Atrial fibrillation – What you need to know 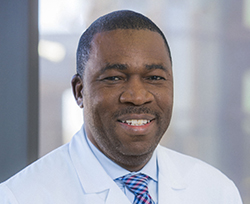 Electricians of the heart (cardiac electrophysiologist) treat different forms of heart rhythm problems but by far, atrial fibrillation (afib) is the most common with millions of people in the United States affected. Unfortunately, the affected number of people is on the rise.

Afib is predominately a condition associated with getting older, but we do see young people with afib too. People older than 65 years are more likely to be affected. Additionally, women are affected more commonly than men. The increasing prevalence of obesity, sleep apnea, alcoholism, diabetes, hypertension and other chronic illnesses have a direct correlation with the increasing number of people with afib.

Afib is not the same for everyone. Some people only have it for few minutes to days and it goes away by itself. Some people have atrial fibrillation for days to months and usually require some form of medical intervention to get them back in sync. A good number of people are also permanently in afib without a need for any interventions.

Afib can present in different ways. While some people know when their heart goes into afib, a significant number of people do not. Many people will present to the hospital with stroke, congestive heart failure, extreme fatigue or chest pain. For people that have awareness of their afib, they typically can feel their heart racing, out of sync or develop lightheadedness. A few people do pass out especially in older population.

Your health care provider usually makes the diagnosis of afib after a physical examination or an electrocardiogram (EKG). Occasionally, some people will require long term heart monitoring to pick the afib.

There are two main goals in management of people with atrial fibrillation. The first is to minimize the risk of stroke while the other is to fix the afib.

With regards to stroke prevention, your doctor will use a universal risk assessment score to determine your risk. Typically, younger people with no other medical conditions have a lower risk while older people with severe comorbidities have a higher risk. The most common medication utilized for stroke reduction is a blood thinner called Warfarin which requires routine blood testing to make sure the blood is thin enough but not too thin. The blood test measures an international normalized ratio with a goal of 2-3. More recently, newer blood thinners have been developed which do not require routine blood testing. More patients have been switching to these new blood thinners, but they tend to be more expensive. The manufacturers do have programs that can make the medications cheaper.

For people that are unable to take the blood thinners for various reasons, there are other ways to minimize the risk of stroke by closing the pouch where blood clot tends to form in the heart. These techniques however are invasive.

The decision to treat afib is influenced significantly by the presence of symptoms. For patients without any symptoms, we do not necessarily have to give them any new medications or try to get them back in normal rhythm. However, with any symptoms, it is better to treat with medications that can either help slow down the afib or restore normal rhythm. Most of the medications used to treat afib can cause side effects over time and require careful considerations when prescribing.

For people that do not respond well to medications, cannot tolerate medications or do not want medications, ablation becomes a very reasonable option. Ablations for afib can be performed usually through the legs or surgically in some cases. People that have intermittent afib tend to benefit more than people that are in afib all the time. Occasionally, people that have afib will need a pacemaker with the ablation but this is generally not necessary with newer techniques. Some people need pacemakers because the medications used for treating afib can cause their heart rates to be too slow.