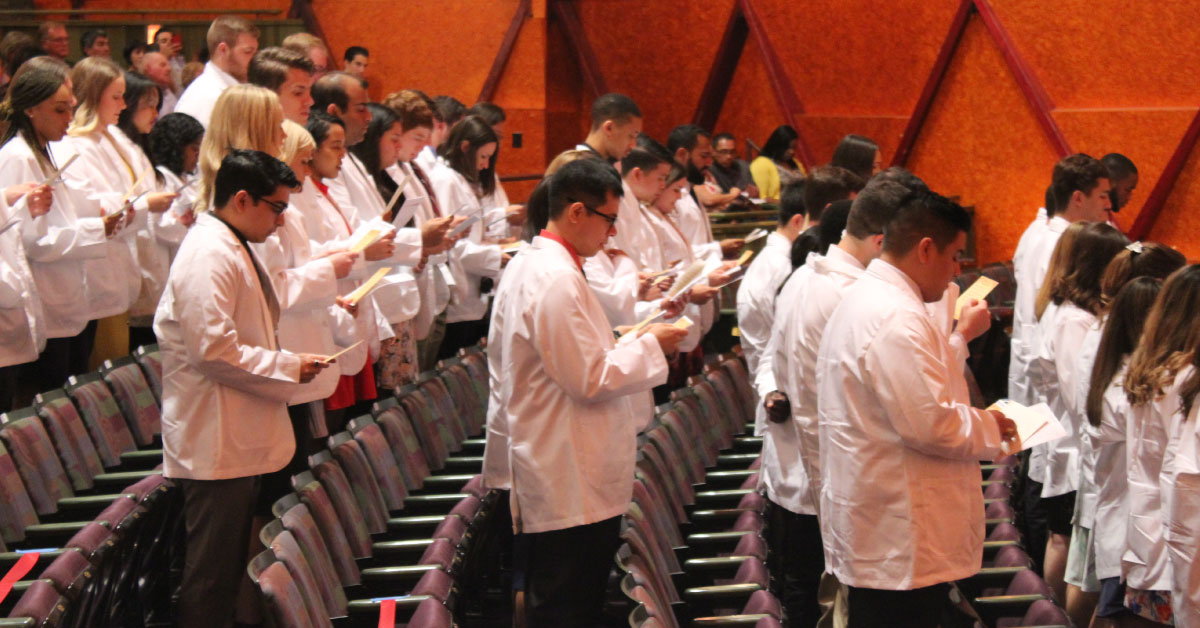 Following tradition, the TTUHSC School of Pharmacy jump-started the new school year with its boot camp orientation, held the first two weeks of August to prepare incoming students for their first year of classes and to provide them with an overview of the school’s four-year doctor of pharmacy (Pharm.D.) program. The highlight of boot camp is the annual White Coat Ceremony, where the incoming students receive their traditional white pharmacy jackets, recite the Oath of a Pharmacist for the first time and sign the Pharmacist Code of Conduct.

This year the School of Pharmacy officially welcomed 156 students into its Class of 2022 with white coat ceremonies at the Dallas/Fort Worth (DFW), Abilene and Amarillo campuses.

The DFW White Coat Ceremony included 48 incoming students and was held Aug. 4 at the UT Southwestern Excellence in Education Auditorium. It was the inaugural white coat event for the DFW campus, which has trained TTUHSC third- and fourth-year pharmacy students since 1999, but is for the first time offering all four years of the school’s program.