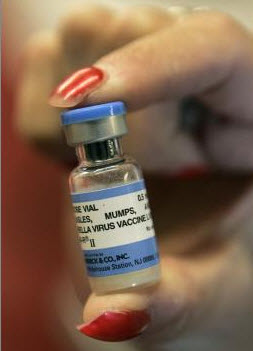 No medicine is available to treat mumps but increasing herd immunity through vaccinations could be a key to avoiding a local outbreak, according to local doctors.

An official with the Texas Department of State Health Services said 236 cases had been reported as of the beginning of the past week — many of those cases are around Johnson County, near the Dallas region.

A health advisory sent out by the state health department earlier this month shows it’s the highest number of cases reported in 20 years.

Katherine Wells, public health coordinator for the Lubbock Health Department, said no cases of mumps have been reported in Lubbock so far.

Dr. Richard Lampe, chairman of pediatrics at Texas Tech’s Health Sciences Center, said he wouldn’t be surprised if the mumps did reach the Hub City.

“It is in Texas and it’s in Texas much more than it has been in the past,” he said.

There is no cure for mumps but the Measles, Mumps and Rubella vaccination was created to protect against it. Staying up to date on immunizations can help increase herd immunity, which in turn can help reduce chances of spreading the disease, Levent said.

Herd immunity — or community immunity — is when “a sufficient proportion of a population is immune to an infectious disease (through vaccination and/or prior illness) to make its spread from person to person unlikely,” according to a Centers for Disease Control and Prevention website.

In Texas, the first of two doses of the MMR vaccine is recommended on or soon after the first birthday, according to a recommended immunization schedule broken down by grade level.

“If you don’t have a high rate of vaccinations in your population and you have a subgroup that’s susceptible, then those outbreaks can start in that subgroup as you go,” he said.

Lubbock has done relatively well in terms of vaccination coverage, he said, referring to the 2015-16 School Vaccine Coverage Levels report published by the state health department.

The report shows at least 90 percent of all seventh-graders at each school in Lubbock have received the MMR vaccine.

The same report shows rates of kindergartners who have received the MMR vaccine are lower, which makes them more susceptible to contracting one of the diseases the vaccine protects against, including the mumps, Martinelli said.

“The vaccine cuts your risks substantially, like any vaccines,” he said. “It makes it far less likely that you’ll get sick.”

Levent said the disease presents with mild symptoms. “It could be like any viral infection — fever, headaches, fatigue, body aches,” she said.

Those infected also generally experience swelling in the salivary glands, particularly the parotid glands along the jaw, Levent said.

The disease is contagious for about three to five days and symptoms typically don’t start showing until about 2 ½ to three weeks later, she said.

Adults are more susceptible to complications as a result of the disease, Lampe said.

“In the years before the vaccine, it would be a cause of deafness. People would lose their hearing,” he said. “It also caused viral meningitis, besides the uncomfortableness and sweating.”

It was also known to cause swelling and tenderness and shrinkage of the testicles in men, he said.

As people prepare for summer travels, Martinelli said there’s one main point he wants to get across: “The main thing is there’s a lot of misinformation out there about vaccines.”

They’re safe and effective, he said. A study published two decades ago that claimed vaccines are linked to autism has been proven false multiple times, he said.

Getting vaccinated can boost herd immunity, he said.

“It really goes beyond individual choice by affecting people around you and people you come into contact with,” he said. “That’s the scary part. You make the choice not only for you and your child, but you’re making the choice for people around you.”