Emotional Abuse As Damaging As Physical Abuse To A Child 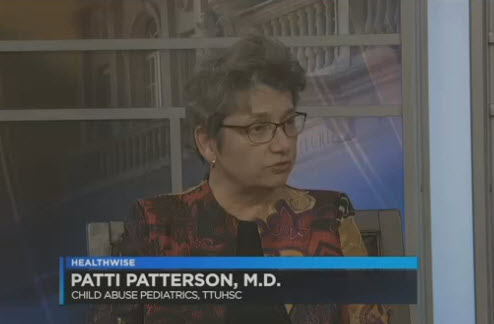 "Sticks and stones will break my bones, But words will never hurt me."

Dr. Patti Patterson says this about that adage, "That’s absolutely not true. When it comes to children, emotional abuse can be just as damaging as physical abuse."

Dr. Patterson is a Texas Tech physician who is board certified in Child Abuse Pediatrics. She says emotional abuse can bring long-term consequences like depression, alcoholism, and drug abuse, among other problems.

So, even though child abuse is more easily recognized with burns and bruises, Dr. Patterson says hurtful words or the threat of bodily harm can trigger physical problems. "increased cortisone levels, glucose levels, your adrenaline – your fight or flight," she says, "if a child is always threatened, those actually go up and can lead to long-term consequences like high blood pressure or increased risk of diabetes."

So what about yelling at children? Would that be considered abusive? Dr. Patterson says some families are just loud and that’s how they communicate. The difference, she explains, is the intent or anger behind those words.

Click on the interview with Dr. Patterson and you might be surprised to hear more of the hurtful ways that children are often abused.

Those can include everything from neglect to sarcasm. She says children may not understand adult humor. So, repeated teasing, which may appear as playful to some, could be devastating to a child's self-esteem.