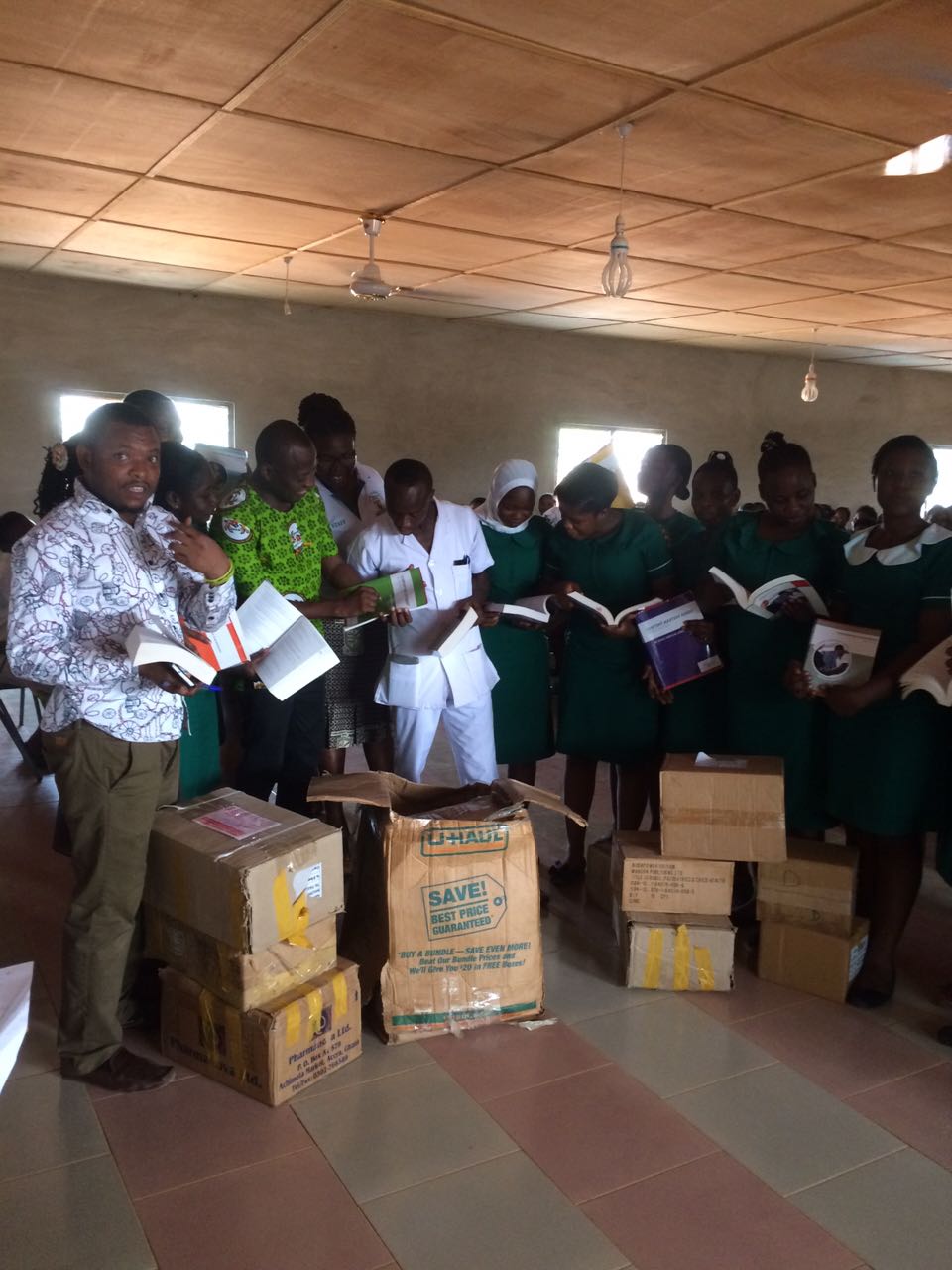 “I’m a Ghanian,” Texas Tech University Health Sciences Center School of Nursing instructor David Baba, R.N., MSN, said. “When I was in school back in Ghana we had a scarcity of textbooks. We often had to wait outside the library first thing in the morning to check out a book. You wouldn’t be able to get another chance until someone would check back a book that was several issues behind. Classes were filled with students, maybe 600 students to a class. Sometimes they would have to stand outside next to the window to hear the lecture. Having access to textbooks would make the difference between passing the nursing exam and failing.”

The lack of textbooks doesn’t just affect students. Instructors have limited access to the internet and other resources. Without textbooks, it is difficult for instructors to create a comprehensive lesson plan to deliver to their students.

“Instructors were not able to prepare or compare presentations with each other,” Baba said. “Professors would create handouts for the class, but you had to buy the handout, causing more financial strain. Sending textbooks alleviates the stress and financial burden of finding the needed resources. I’ve already received messages from the principals of these schools telling me what a change it has made in their students’ education. I have pictures of the students’ faces lighting up after seeing these new books. The principals have told me they are better at delivering their classwork on time with improved grades. I would like to compare pass rates between student groups after receiving textbooks versus those who didn’t have them before.”

In addition to a dearth of textbooks, universities in Ghana also lacked in clinical resources. According to Baba, the idea of clinical simulation in nursing is relatively new and many of the training colleges do not have the equipment necessary to provide students with simulated patient encounters. He would like to expand his efforts to include simulation technology to his list of accepted donations. 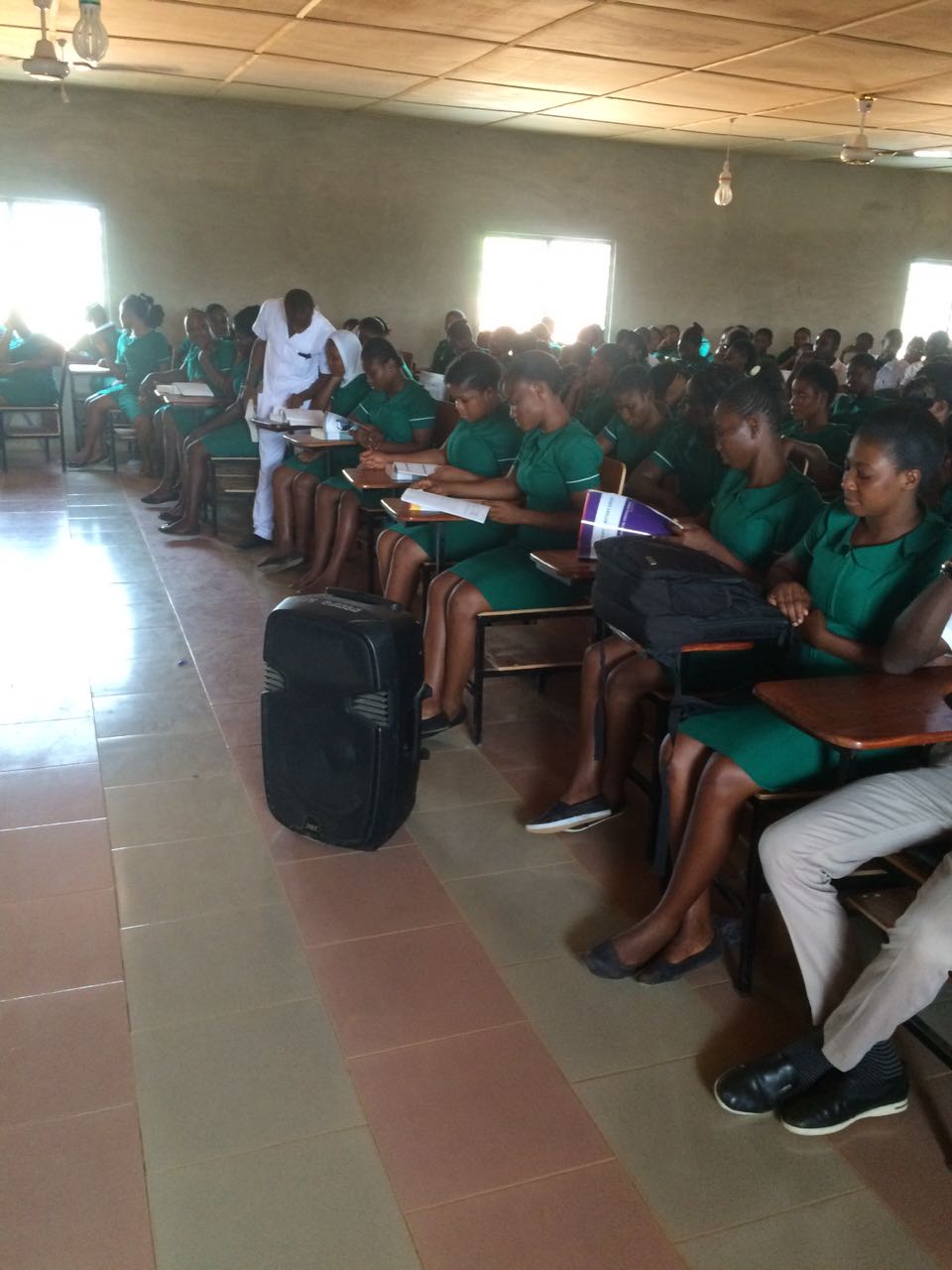 “Sometimes the first time a student draws blood or places an I.V. is on an actual patient,” Baba said. “Where I practiced, we had no fusion pump and had to titrate all medications by ourselves. Access to simulation technology can lessen the fear and the risk of a student harming a patient. Right now, text is a major source of information for students, but I would like to make simulation a bigger role in medical education.”

Baba said the lack of materials adds to the nursing shortage in Ghana.

“The nursing shortage is three-fold,” Baba said. “The number of people qualified to fill nursing roles are much less than the schools can train. For every class of would-be nurses, there may be 50 or 60 students who cannot pass their exams, making 50 or 60 less practicing nurses. The problem adds up over time. There are not enough nurses to begin their practice, which causes a lack of instructors and nurses in urban and rural areas.”

Baba started in a rural area hospital, which lacked beds, linens and equipment such as tourniquets as well as personnel. He tells his students the conditions frankly, but says the experience students can receive abroad can enlighten students to conditions around the world while giving them experience working with medical conditions not prevalent in the U.S.

“I gained a lot of satisfaction helping these people in need,” Baba said. “I have students here who are interested in going to Ghana. There are a lot of things that must be sorted out beforehand, such as security, transportation and accommodations. Some places do not have gloves or even access to water. But, when you realize the deprivation, you see the remarkable impact just one person can have when patients are laughing or crying and even saying ‘God bless you.’ They truly appreciate the care they receive.”

Baba plans to visit the nursing colleges in Ghana in December and is open to receiving textbooks of any kind and any gently used medical simulation equipment. Please contact Baba at 806-743-1377 or david.baba@ttuhsc.edu for more information regarding donations.