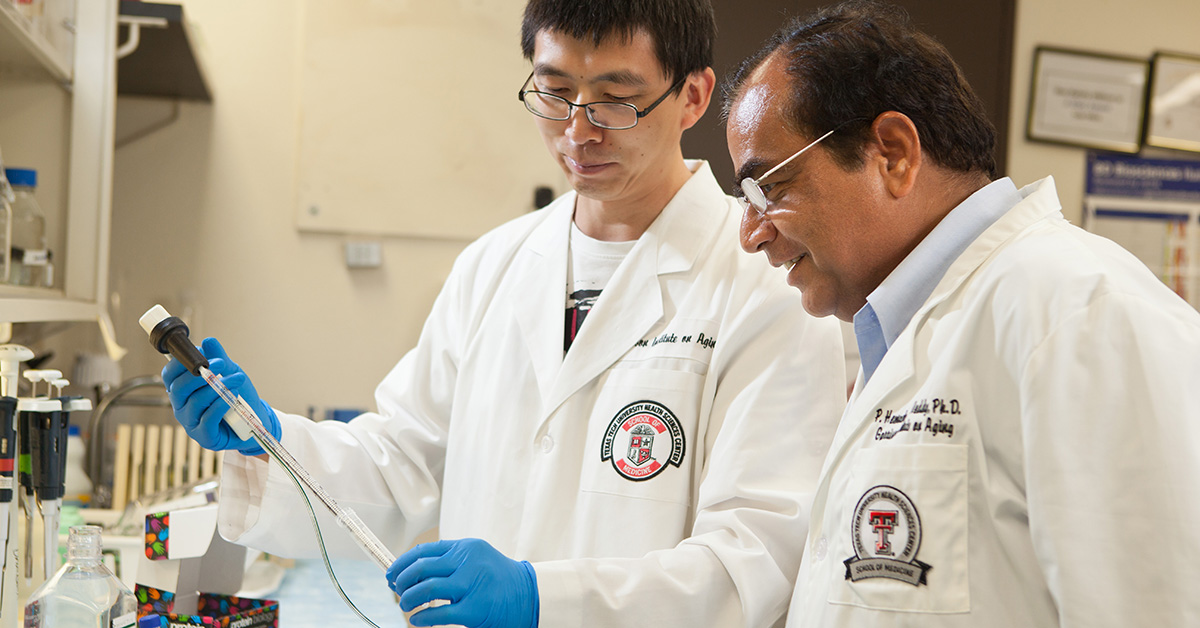 Reddy’s grant, “Mitochondrial Fragmentation and Neurodegeneration in Huntington’s Disease,” will study the protective effects of mitochondria division inhibitor 1 (Mdivi1) that inhibits excessive mitochondrial division in mouse models of Huntington’s disease. The research is an extension of Reddy’s postdoctoral work he conducted at the National Human Genome Research Institute of the NIH.

Huntington’s disease is a fatal genetic disorder that causes the degeneration of brain cells in the motor control regions of the brain. Huntington’s disease typically begins between 30 and 50 years of age, and its symptoms progressively worsen. These symptoms include impaired coordination and uncontrolled movements of the limbs (chorea), abnormal body posture, and changes in behavior, emotion, judgment and cognition. People with Huntington’s disease also develop impaired slurred speech and difficulty swallowing. Currently, more than 30,000 Americans have the disease.

The Huntington’s disease gene was identified in 1993 and was found to carry an expanded polyglutamine repeats or CAG repeats as a dominant mutation in a protein called huntingtin. Since the discovery of the gene, tremendous progress has been made in understanding the biology of huntingtin, which has been found to target neurons in the midbrain region. Research from the Reddy Laboratory at the TTUHSC Garrison Institute on Aging has implicated multiple cellular changes in Huntington’s disease-affected neurons during Huntington’s disease progression, including abnormal mitochondrial dynamics, defective energy metabolism, abnormal protein-protein interactions, defective axonal transport and synaptic damage.

In the newly funded NIH research, Reddy and his research team will determine whether a partial reduction of Drp1 protects Huntington’s disease-affected neurons from excessive mutant huntingtin-induced fragmentation of mitochondria, mitochondrial dysfunction and synaptic toxicities. Both genetic and pharmacological approaches to determine the effects of reduced Drp1 in Huntington’s disease-affected neurons will be used.

The outcome of Reddy’s research will clarify the genetic and pharmacological strategies that may reduce excessive mitochondrial fragmentation and thus increase neuronal survival and synaptic functions in Huntington’s disease-affected neurons.

In 2001, TTUHSC received a $1 million annual state funding appropriation to support the Office of Rural and Community Health. In 2006, the office received one of the largest private donations in TTUHSC history, creating the F. Marie Hall Institute for Rural and Community Health and TTUHSC’s rural–focused outreach, workforce and research initiatives. The institute serves as the primary liaison with communities across the 108–county TTUHSC service area. These community partnerships provide both the framework and the mechanism for achieving the mission of improving the health of West Texans.