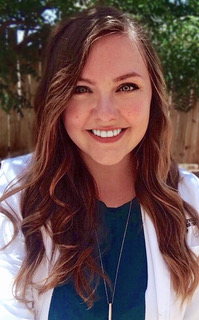 The New Drug Update competition is a national clinical writing competition hosted by ASHP’s Community and eCommunications Advisory Group. Participants are asked to write a report regarding a specified newly approved medication. The biannual competition was held for the first time in March, but this was Brazeale’s first time to compete.

“I didn’t really prepare as I didn’t really know what to expect,” Brazeale said. “I believe that completing drug information questions on rotations helped to prepare me the most.”

The New Drug Update competition is open to pharmacy students throughout the country, and Brazeale said all ASHP student members were invited to compete.

“Competitions like this provide extra practice to develop the clinical skills we learned as a student,” Brazeale said. “I like competing in these contests because they challenge me to strengthen and perfect the skills studied during school in order to work on improvement.”

Brazeale said she was surprised and honored by her second-place finish and credits her School of Pharmacy education and training for preparing her for clinical writing challenges like the ASHP competition. It’s an experience she recommends to all of her classmates.

“New rounds of the competition will be ongoing next year and I highly encourage my peers to participate,” she said. “It’s a great experience and you might do better than you think.”