Abilene pharmacy student has the will, finds a way 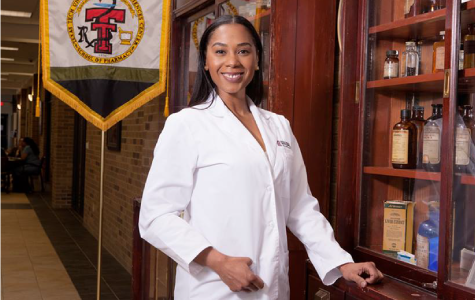 A year from now, members of the School of Pharmacy’s Class of 2018 will be preparing to graduate from TTUHSC. For many, the ceremony will officially begin their transition from textbooks and classroom lectures to work schedules and conference room meetings. It’s a chapter in the book of life that current third-year pharmacy student Demetris Hardy has already read.

Since leaving her hometown of Houston, Mississippi, Hardy has served in the U.S. Army, worked as a hospital and drugstore intern and started a family of her own that includes four children. She knows all about making transitions.

“I wanted to serve my country in some capacity and the Army provided a large tuition fund in exchange for four years of service,” Hardy said. “I entered the Army in 1999, but due to an injury that limited my duties, I was medically discharged before completing my term.”

Upon leaving the military, Hardy began looking for an occupation that combined her love of science with her desire to serve others. Growing up, she had seen how medications helped control her sister’s epilepsy, so she also had a fascination with the medical field. A stint as a hospital intern at Lackland Air Force Base in San Antonio reinforced her interests and brought clarity to her career search.

“After shadowing the amazing pharmacy staff at Wilford Hall Medical Center, I knew pharmacy was a career path that would allow me to continue to serve others,” Hardy recalled. “The field of pharmacy is expanding; we are creating jobs that enable pharmacists to be a more integrated part of direct health care delivery.”

Hardy eventually made her way to TTUHSC’s Abilene campus where she quickly established herself as a class leader. Her efforts were recognized in early April when the local chapter of the American Association of University Women (AAUW) named her one of Abilene’s Women of Outstanding Achievement/Women of Promise and Courage. The award included a scholarship that Hardy said she will apply toward state licensure preparation and testing, residency applications, new lab coats and her May 2018 graduation.

“It was an honor to be recognized along side other women who work tirelessly to achieve their goals, many who have families to support like myself,” Hardy said. “When meeting the women of AAUW, I felt immediately welcomed; it was as if we all spoke the same secret language. From having our portraits professionally taken to the elegant luncheon, it was really a treat.”

As for life after pharmacy school, Hardy said she wants to use her degree and training to continue serving the country’s veterans and military families.

“I have witnessed the sacrifices that military members make, not just during times of war and deployment, but each and every day,” she added. “It’s important to me to stay connected to the mission.”