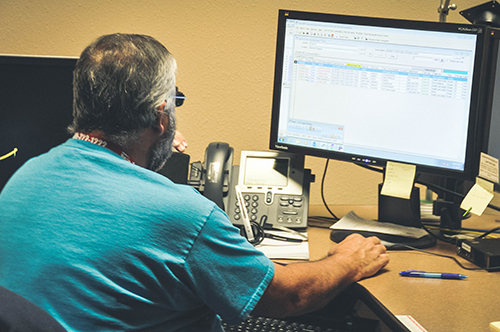 On any given day, personnel at the six regional poison control centers that make up the Texas Poison Center Network (TPCN) field hundreds of calls from the general public, health care providers and medical facilities. And while it would be inaccurate to categorize any of these inquiries as routine, few rise to the level of a call that came into the Texas Panhandle Poison Center (TPPC) in early morning hours of January 2.

That was the date when tragedy struck an Amarillo family in the form of phosphine gas poisoning. Before the day ended, four of the family’s children had passed and the other six members were fighting for their lives.

Thomas Martin, M.D., TPPC’s medical director and a licensed toxicologist, was on duty at the Baptist St. Anthony Health System (BSA) emergency room when the first patients arrived. He called the TPCN to alert them of the situation and the potential for ongoing calls.

Martin said one reason poison centers should be contacted immediately when a potentially critical situation arises is because all regional poison centers in the U.S. are required to have a medical toxicologist available for consultations with physicians and public health and safety providers like HazMat teams, first responders, fire and police.

“Frequently, as in this case, the initial toxin identification at the scene of a multi-casualty incident, or MCI, is incorrectly identified,” Martin explained. “In this case, the receiving health care facility was told that we had a carbon monoxide-related MCI. However, carbon monoxide testing was conducted at the HCF and was negative on the first few victims. The second identified toxin supplied to the health care facility was also incorrect.”

When he learned pesticide pellets containing aluminum phosphide had been spread under the house to eradicate rodents, and then washed away, Martin said he immediately thought it was phosphine gas poisoning. Phosphine gas is created when aluminum phosphate comes into contact with water.

“Getting an experienced medical toxicologist involved early in these cases is useful because we are often able to determine whether or not the signs and symptoms in the victims match the expected signs and symptoms of the identified toxin,” Martin said. “When they don't match, the medical toxicologists informs the HazMat team and further investigation is initiated to identify the toxin.” 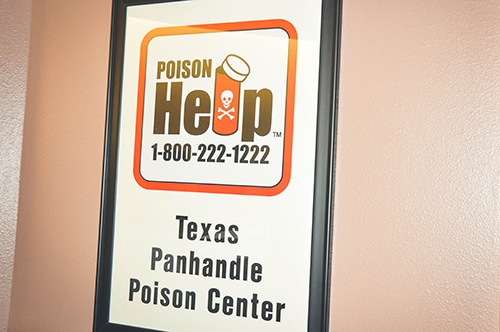 Jeanie Jaramillo-Stametz, Pharm.D., serves as TPPC’s managing director. She said when poisoning incidents of this magnitude occur, the poison center must be prepared to provide information and recommendations to health care professionals and field phone calls from the public.

“Such severe poisonings, especially those leading to deaths, are likely to create panic or concern among the public,” Jaramillo said. “Therefore, it’s important for our poison centers to be ready to answer these calls, provide consistent and appropriate information and document all of these activities in the interest of public health surveillance and safety.”

Jaramillo said most physicians and staff have never treated a phosphine poisoning because such an exposure is so rare. In addition, Jaramillo said there were first responders who entered the home and were therefore exposed to the poisonous gas. In those circumstances, the poison center also serves as a resource for how to best treat those individuals.

“There was also concern that hospital personnel might be at risk when caring for the victims,” Jaramillo said. “Dr. Martin was able to alleviate their concerns by ensuring staff that, due to the inhalational nature of this exposure, secondary poisoning by receiving site personnel did not present a significant risk.”

Jaramillo said having a regional poison center is critical to maintaining valuable networking relationships with health care organizations, first responder services, emergency management and various other community groups like schools and public health organizations. And without the visibility of a regional center like TPPC, she said emergency response to this incident would have likely taken much longer. She believes there would have been much more panic at the receiving facility, decisions may have been required—and made—before a qualified toxicologist was located and more deaths may have occurred because the critical need for extremely aggressive treatment may not have been recognized.

“This pesticide poisoning is one of the worst, if not the worst incident since the creation of the TPCN in terms of fatalities,” Jaramillo said. “I can think of no other reported poison incident in Texas that has resulted in this many deaths at one time. TPPC and our sister centers across Texas were able to step up and quickly respond to this incident. In our area, the poison center is viewed as a health care partner and is quickly contacted when incidents occur.”

Because poisonings can and do happen every day, Jaramillo suggests people program the poison control number (1-800-222-1222) into their cell phones.

“And remember, poison centers can provide information regarding not only traditional poisonings, but also questions about medications, including overdoses, as well as questions regarding the use of household products and pesticides” Jaramillo stressed. “People don’t have to suffer a poisoning to utilize the services of our poison centers. They can and should call for answers to any poison-related questions.”