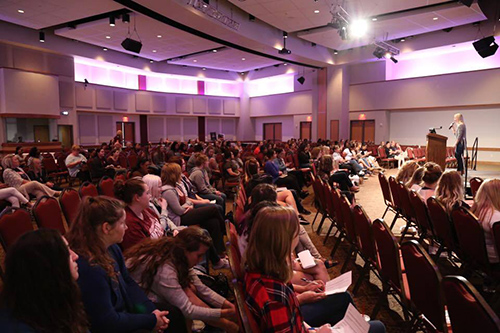 Beth Holloway, whose teenage daughter, Natalee, disappeared in 2005 during a high school graduation trip to Aruba, was the featured speaker. Holloway gave an impactful presentation about her daughter’s tragic disappearance and death and discussed the how college girls can take steps to remain safe on and off university campuses at this important time in their lives.

Teresa Baker, M.D., from TTUHSC’s Department of Obstetrics and Gynecology and former TTUHSC employee, Dayna Schertler, a health integration specialist at WTAMU, followed Holloway’s presentation with a discussion about some of the general health issues important to college freshman girls, including sexual and mental safety.