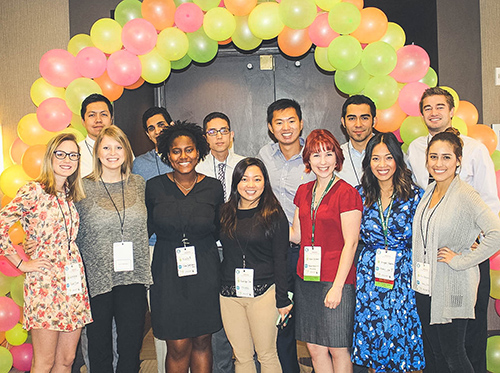 Krisgel Padolina, a third-year (P3) pharmacy student on the Dallas/Fort Worth campus and TTUHSC’s student chapter president, said the group was engaged at each session. Some stepped up to the microphone to address the room during an open session to discuss resolutions.

“Alexandria Ybarra (P3-Abilene) serves as an excellent regional delegate” Padolina said. “She exuded poise and confidence as she stood before the student body during the open session. She represented our school well.”

The TTUHSC School of Pharmacy group included five first-year (P1) students. Abilene P1 Ervin Lopez ran for regional delegate, and though he wasn’t selected, Padolina said Lopez described it as a valuable learning experience and he is making plans to run for a Region VI position next year.

“Overall I think attending the meeting was a success,” Padolina said. “The P1s realized just how exciting policy can be.”