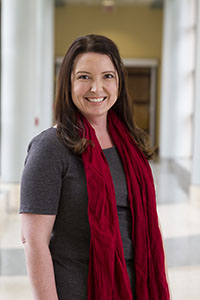 “People think mental illness is different than a physical illness,” Wakefield said. “Almost all illnesses, including such things as hypertension and Diabetes are a balance of environmental issues and family genetics. The goal is symptom control and remission. Some people are able to control their symptoms with environmental modifications such as exercise and diet. Others may require medication to achieve full and sustained remission of symptoms. With psychiatric illness, it is the same thing. A person should take the best care of their body and that includes your mind.”

Many people report having symptoms since they were a child and don’t seek help until their later adult years.

“If you have a pain in your leg when you are a child, you are immediately taken to a doctor. You know (or your parents know) that the pain could be a sign of a problem, which left untreated for years and years, could turn into a significant disability. Psychiatric illness works the same way, even though it is seldom treated the same way!”

Two of the more common forms of psychiatric illness are depression and anxiety. She stressed that a few days of sadness or having a bad day is not depression, and limited worry about a significant stressor in your life is not anxiety. However, if a person’s day-to-day functioning is affected by constant or near constant worrying or the inability to be motivated to participate in daily activities, they may have depression or anxiety and would benefit from talking about these symptoms with a primary care physician.

Other symptoms of depression or anxiety may include:
• Hopelessness
• Changes in eating and sleeping habits
• Nervousness most days
• Fatigue
• Feelings of worthlessness or helplessness

According to the National Institute of Mental Health (NIMH), the majority of people with depressive disorders improve when they receive the appropriate treatment. Wakefield said that seeing improvement in patients is common and very rewarding. However, she said that there are significant barriers for some to access mental health services.

In addition to the ever improving, but still present stigma associated with psychiatric illness, the symptoms of many psychiatric illnesses (hopelessness, fatigue, feeling worthless, helpless or constantly overwhelmed) prevent many from reaching out. Many insurance companies do not have the same coverage for psychiatric services as they have for other medical services leaving patients without access to specialty psychiatric care.

“We are hopeful for continued change in this area in order to provide the most appropriate and timely care to patients in need of psychiatric care,” Wakefield said. “Bottom line is there are safe and effective treatments, and the earlier you treat mental illness, the better the prognosis and outcome.”