Children and Tragedies in the Media 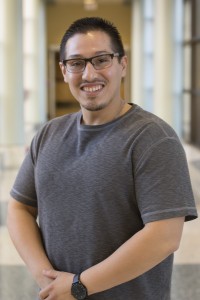 Michael Gomez, Ph.D.
With the latest mass shooting in San Bernardino, parents may have concerns about how their children process the violence on television, social media and the Internet. Michael Gomez, Ph.D., a child trauma psychologist at Texas Tech Physicians – Pediatrics, said there are steps parents and caregivers can take to help their children deal with the tragic images.

“One thing I strongly advise parents is to control media time, which also means Internet access and social media,” Gomez said. “When 9/11 occurred, the tragedy was on every medium and was witnessed over and over. For those who continuously watched events like 9/11 or other tragedies, especially if they were personally impacted by the tragedy, depression and anxiety symptoms may be worse than they would’ve been.”

The proximity to the news event also has significance for children. Gomez said younger children may want to know how close this was to them. One good rule of thumb is the closer the event, the more time you should limit a young child from watching television or other media. For example, for a child close to a tornado that hit in Oklahoma, a parent would need to limit their time to television and the Internet more than a child who lives in California.

“Rumination, which is thinking about an upsetting thing over and over and over again with no processing of it, is never healthy,” Gomez said. “For a child to be exposed to the news of the events over and over and not process the information is harmful to them. It’s all about how they process what they are viewing. Parents should take time to discuss what their child saw on the news or heard about from social media,” Gomez said. “How they are processing the information and most importantly how they are dwelling on the situation is key. Rumination is similar to chewing and chewing and never swallowing so in effect processing an event is like digesting your food.” Parents may not have a choice if their child sees the event but they have extraordinary control over how they process the event and what it means to their child.

If your child appears to be in distress about the images he or she has seen, make sure as parents to help them process the information. This may not necessarily mean talking about it. Gomez said to help your child occupy their minds with something positive and fun. For example, something like take a dog for a walk, play a game or sit and read a good book together. Sometimes it’s hard to forget that although we, as adults, process information best by talking, kids may process information best by doing (e.g., making a disaster preparedness kit after a tornado or writing a letter to families impacted by a shooting). 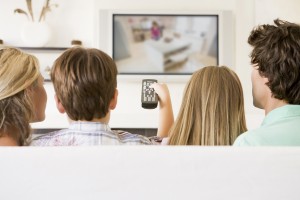 Gomez said one idea is to set specific “media time” for your child. For example, set time for Facebook from 7:30 p.m. to 8 p.m. only. If your child is watching television, watch with your child and be prepared to answer any questions.
“As a parent, ‘I don’t know’ is a perfectly acceptable answer,” Gomez said. “Another perfectly acceptable answer is ‘Let me think about that and we can talk later.’ Sometimes parents don’t have to have all the answers nor should they be expected to. If your child asks a question, it is okay to say, ‘I don’t know, but I will find out.’”

If your child is not processing the images about violence or other tragedies, despite your best efforts, you may have to seek professional help. This isn’t a reflection that you are a bad parent or that something is wrong with your kid, it is a reflection of the severity of the event. If you feel that your child may need additional help, remember that we do not get upset about things we don’t care about and for your child to become this upset must mean that they care an awful lot. But caring should never hurt so much that it overwhelms the person.