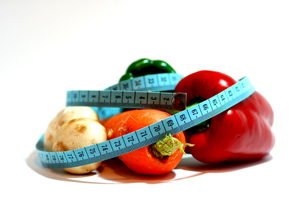 Instead of focusing strictly on weight, Rogge suggests considering how certain foods and activities make you feel.

A study published earlier this month in the Journal of the American Medical Association suggests that being overweight may lead to a longer life.

According to the study, people who were overweight but not obese were 6 percent less likely to die during the average study period than normal-weight people.

The news may come as a relief to more than 30 percent of Americans considered by the World Health Organization as clinically overweight, but Mary Madeline Rogge, R.N., Ph.D., an associate professor in the School of Nursing, says the research isn’t necessarily a reason for overweight people to become complacent, or for others to pack on the pounds.

Instead of paying so much attention to the numbers on the scale, Rogge said she believes people should strive to maintain a healthy weight for their bodies even if that means having a body mass index slightly above or below the normal adult range of 18.5 to 24.9.

“Making a rule that works for everyone is probably impossible,” Rogge said. “There is a certain weight that an individual’s body defends.”

A person’s weight can be determined by many factors including diet, lifestyle, genetics, hormones and metabolism, environmental chemicals and microorganisms.

Rogge said it is possible for a person to be overweight and still be considered metabolically normal meaning they show no indication of diabetes, heart disease or other issues sometimes associated with excess weight.

Incorporating a wide variety of vitamins, minerals and fluids into one’s diet and exercising for at least 30 minutes a day is beneficial at any size, according to the Centers for Disease Control and Prevention.

A balanced diet is essential to fighting infections, and exercise can reduce the risk of several forms of cancer and osteoporosis while reducing symptoms of depression and anxiety.

Rogge also suggests considering other factors like how satisfied you are after eating a meal or how certain foods and activities make you feel.

“I think people need to do what they can do, but they need to stop being in a panic about [weight],” Rogge said. “You need to protect what makes you healthy what gives you energy – what helps you get through the day and perform your personal best.”