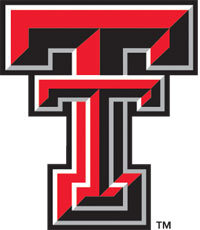 “Dr. Hutson is an outstanding teacher, a productive researcher and a dedicated institutional citizen,” Mitchell said. “We are confident he will serve the university well in this critical leadership position and help us make 2013 a rewarding year for our community.”

A member of the graduate faculty since 1976, Hutson serves on the Educational Operations Committee that assists in the oversight of the first-year curriculum for medical students. He established the Iles Elementary School Mentoring Program to foster lifelong relationships between medical students and disadvantaged children in the Lubbock area, has been named Outstanding Teacher of the Year by the School of Medicine Student Senate seven times and is a two-time recipient of the John A. Buesseler Memorial Teaching Award.

Hutson received his bachelor’s degree from Peru State College and his Ph.D. in anatomy from the University of Nebraska School of Medicine. He has authored numerous peer-reviewed articles. His area of research focuses on reproductive biology and his main interest lies in the study of the function of white blood cells within tissues in the testis. He has been the principle investigator on six National Institutes of Health (NIH) grants and one from the National Science Foundation. In addition, Hutson has served on several ad-hoc NIH study sections and the editorial boards of prominent scientific journals.

Hutson replaces Douglas M. Stocco, Ph.D. An internal search committee is in the process of identifying candidates for a permanent senior vice president for research.