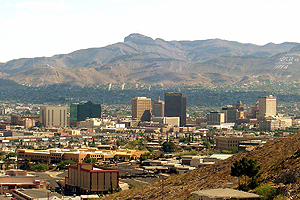 Mental health problems, like those found in research participants, can predict future violence and delinquency if gone untreated.

Collective violence attributed to organized crime and poverty is adversely affecting the mental health of children living near the U.S./Mexico border, according to research by Marie Leiner, Ph.D., research associate professor with the Paul L. Foster School of Medicine Department of Psychiatry.

In the study, “Children’s Mental Health and Collective Violence: A Bi-National Study on the United States/Mexican Border,” researchers compared psychosocial and behavior scores among children and adolescents living in El Paso, Texas, and Ciudad Juarez, Chihuahua, Mexico, in 2007 and 2010. All participating children were Mexican or Mexican-American, lived below the poverty level and went to a clinic for non-emergency visits. None of the children had a history of diagnosed mental illness, or a neurological or life-threatening disease or disability.

At the Mexican site, however, children exhibited significant increases in social problems, rule breaking and aggressive behavior, with higher scores reported in 2010.

President Tedd L. Mitchell, M.D., said the knowledge that comes from studies like these is essential for health care providers working in underserved areas like El Paso and Ciudad Juarez.

“As the only accredited medical school on the U.S./Mexico border, we feel that it is important for the Paul L. Foster School of Medicine to make groundbreaking discoveries that help us to better meet the needs of our region,” Mitchell said.

The abstract is available here.