Healthy Babies Are Worth the Wait 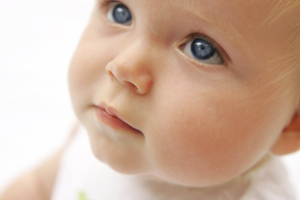 Bypassing the lung, brain and organ development in the last few weeks of pregnancy increases the risk of illness and death among babies.

The anticipation for the arrival of a bundle of joy leaves most parents anxious to see their baby for the first time. But doctors warn that an early arrival may not be in the best interest of the baby.

According to the March of Dimes, in the United States, 1 in 8 babies are born before 37 weeks, technically defined as “preterm,” but commonly referred to as “premature.” With early arrivals, babies can suffer many health issues that could be prevented. November is Prematurity Awareness Month with Nov. 17 designated as World Prematurity Day.

Preterm birth is the leading contributor to the death of newborns. Every year, more than half a million babies are born too soon in the U.S. The preterm birth rate has risen by 36 percent over the last 25 years. Certain lifestyle factors may put a woman at greater risk for preterm birth.

"Awareness of these risks could help women prepare for a healthy pregnancy,” said Edward R. Yeomans, M.D., Department of Obstetrics and Gynecology. “It’s ironic that Nov. 17 not only is World Prematurity Day, but also the Great American Smokeout. If you are considering getting pregnant, quitting smoking is the best gift you can give yourself and your baby."

A relatively new focus for the March of Dimes is attempting to curb elective deliveries before 39 weeks of pregnancy. Births at 37 and 38 weeks are technically term, not preterm, but still present increased risks to babies.

"Research shows that a baby’s brain nearly doubles in weight in the last few weeks of pregnancy. Also, lung and other organ development continues during these weeks,” Yeomans said.

Be aware that in some pregnancy delivery before 39 weeks is medically necessary. The March of Dimes initiative is aimed only at elective deliveries. To highlight this issue, staff in the Department of Obstetrics and Gynecology are wearing purple “Think 39” T-shirts and pins during Prematurity Awareness Month.

"Because babies born at 39 weeks have lower rates of death and newborn complications compared to babies born one or two weeks sooner, it should be apparent why the March of Dimes entitled this campaign, Healthy Babies are Worth the Wait," Yeomans said.