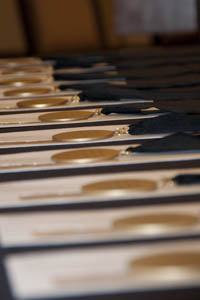 The Chancellor's Council awards were presented to six faculty members from TTUHSC, five from Texas Tech and two from Angelo State.

Chancellor Kent Hance has announced the year's recipients of the highest awards given to faculty members by the university system.

"We have outstanding faculty at each of our component institutions, and these individuals represent the best in academic instruction and research," Hance said. "Not only are their efforts benefiting students and colleagues, but their influence is also helping advance our reputation statewide and nationally."

About the Chancellor's Council

Formerly known as the President's Council, the Chancellor's Council was renamed in 1996 with the establishment of the university system and plays a vital role in creating opportunities at Texas Tech.

Advancing the Texas Tech University System, the council provides leadership support for Texas Tech, TTUHSC and Angelo State. As a group, the council funds student scholarships, faculty awards and top scholar recruitment, all while recognizing the donors who support the university.