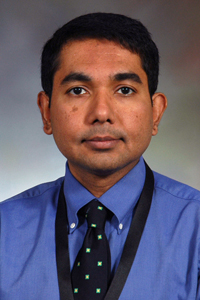 Mukherjee believes the Swedish research could yield similar results in the U.S.

According to research recently published in the Journal of the American Medical Association and an accompanying commentary by Debabrata Mukherjee, M.D., chief of cardiovascular medicine at the Paul L. Foster School of Medicine, the increased use of evidence-based treatments for heart attacks like rapid angioplasty has led to a decrease in deaths from heart attacks.

Cardiovascular disease remains the most common cause of morbidity and mortality in the U.S.

In the study, Thomas Jernberg of the Karolinska Institute in Stockholm and his colleagues used data from a Swedish registry on more than 61,000 patients who experienced a deadly heart attack known as STEMI between 1996 and 2007.

“The combined use of simple therapies such as aspirin and cholesterol-lowering medications and balloon stents were associated with a significant reduction in mortality,” Mukherjee said. “We would expect to have similar findings in the United States.”

Read the full story from Reuters >>

PAP Smears: What, Why and When

Organ and Tissue Donation Offers a Second Chance at Life