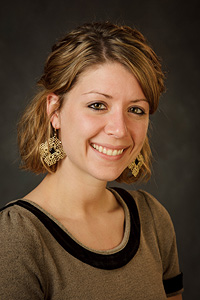 Fadal is an active student within TTUHSC and currently serves as president-elect of the Orthopedics Club.

“Jill was an excellent undergraduate student at Texas Tech, and we welcome her to the board,” Chancellor Kent Hance said. “As students remain our first priority, having a student regent is vital to our continued success, and I am confident she will do an outstanding job representing our three universities.”

Fadal, a native of Austin, received her bachelor’s degree in general studies from Texas Tech University in 2009 where she was heavily involved in many student organizations and activities on campus including Phi Beta Kappa and President’s Select.

“It was my pleasure to get to know Jill when she was a member of President’s Select,” said Guy Bailey, Texas Tech president. “She is smart, mature and energetic and will be a superb regent.”

Fadal is currently the president-elect of the Orthopedics Club and serves as vice president of the Texas Tech MD/MBA Association.