New Therapy Provides an Alternative to Medication for Preventing Strokes 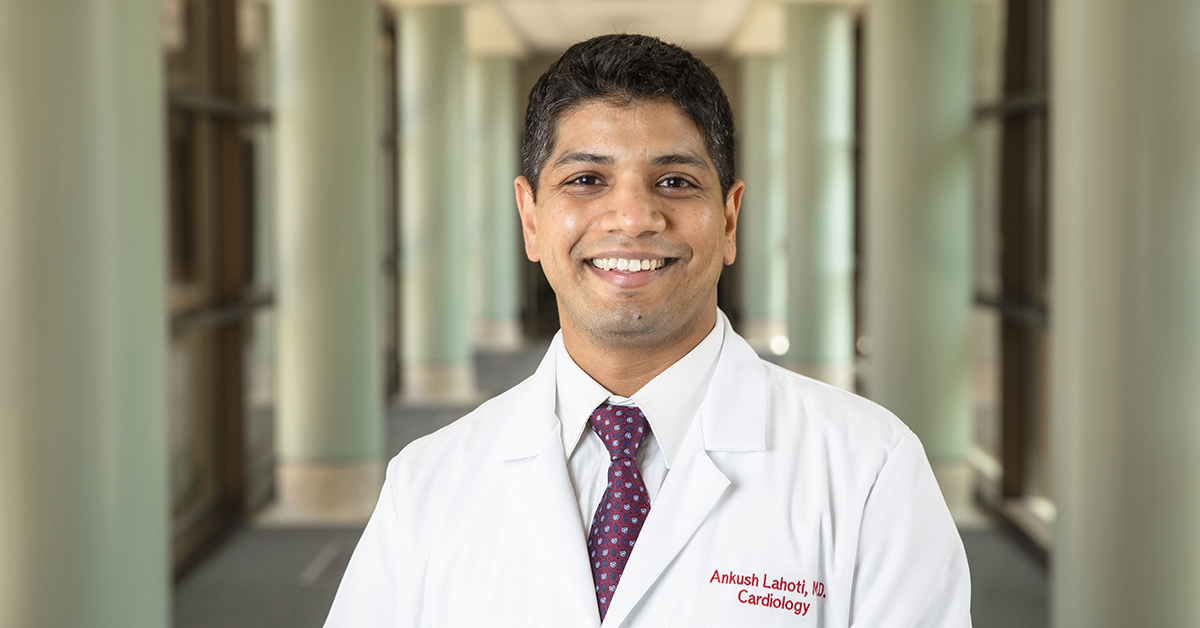 More than 2.2 million Americans increase their risk of stroke due to atrial fibrillation (AFib). According to the Centers for Disease Control and Prevention, AFib increases a person’s risk for stroke and causes about 1 in 7 strokes.

Ankush Lahoti, M.D., a structural and interventional cardiologist surgeon at the Texas Tech Physicians Center for Cardiovascular Health, said stroke is one of the most debilitating conditions affecting the most vulnerable patients.

“An irregular heart rhythm known as atrial fibrillation is the most common cause of stroke, especially in elderly population,” Lahoti said. “This irregular heart rhythm increases the chances of a clot forming inside the heart structure named the left atrial appendage. This is from where a clot can break off and cause a catastrophic stroke.”

Strokes happen when blood flow to the brain is blocked by a blood clot or by fatty deposits called plaque in the blood vessel lining. Many times patients who have AFib don’t know they have, it while others may experience one or more of the following symptoms:
• Irregular heartbeat
• Heart palpitations
• Lightheadedness
• Extreme fatigue
• Shortness of breath
• Chest pain
Lahoti said the risk of having a stroke is five times higher in a patient with AFib than in the general population. Therefore, millions of people around the world who have been diagnosed with this abnormal heart rhythm routinely take blood thinners.

“Blood thinners prevent clotting, but unfortunately medications tend to cause patients to bleed easily,” Lahoti said. “Some of them can have life-threatening bleeding with bleeding into the brain or losing blood through the belly. There are some patients who keep struggling to keep their blood levels for drugs like Warfarin (Coumadin) in range and have to make frequent adjustments with doctor visits and lab tests. There also are some elderly patients who are unstable on their feet and more prone to falls are at risk of severe bleeding complications.”

Deciding which is worse, the risk of a stroke versus the risk of bleeding is a dilemma for the patient, their family and the physician. In 2015, an FDA-approved device named WATCHMAN was made available that allows patients to safely be taken off blood thinners.

Patients who have a risk of stroke and who are at higher bleeding risk are eligible for this device. The WATCHMAN procedure, a minimally invasive surgery, safely implants a permanent device in the heart that helps reduce the formation of blood clots.

“The device is placed in the left atrial appendage and stays there as a convenient and lasting treatment,” Lahoti said. “The device becomes part of the heart wall in a few weeks and prevents further formation of clots in the pockets. This helps physicians in making sure that patients can safely come off of the blood thinners. The procedure typically takes less than an hour to complete, after which the patient spends a night in the hospital.”

Stroke risk is one of the biggest concerns in patients with AFib. Using this novel procedure more than 100,000 people worldwide have benefitted and there are millions more around the world that can reaps the benefits. Currently, Texas Tech Physicians is the only clinical practice in West Texas to provide the treatment.

Lahoti said to discuss the benefits about this procedure with your physician, many patients may find left atrial appendage closure via the WATCHMAN device to be a better alternative.